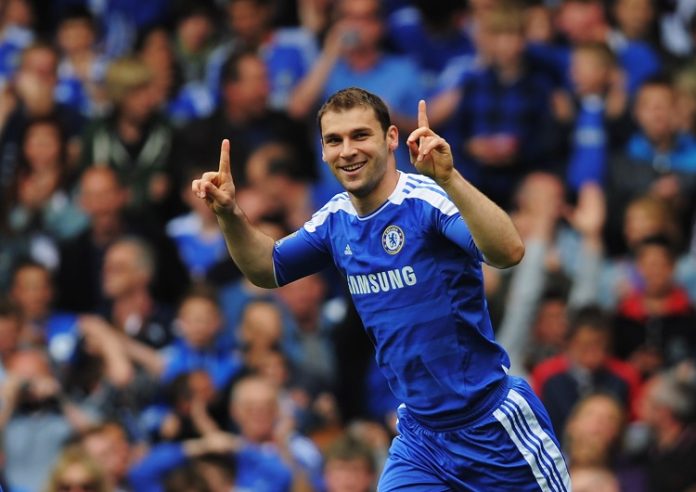 “You either die a hero or live long enough to see yourself become the villain.”

This quote immortalized by Harvey Dent from the Dark Knight is best exemplified by none other than Branislav Ivanovic of Chelsea football club. The talismanic right back who once utilized his brawn and pace to convert water-tight defending into swift counter-attacks has been a shadow of his previous self in the past 15 months. Whether his time is up or not at Chelsea FC is a fiercely debated topic by the pundits of English football.

The Chelsea loyalists will continue to stick by the man who won them the Europa league in 2013 and had scored the winner against Napoli in 2012 which gave him the status of a club LEGEND.

However, if we analyze the last season for Chelsea where the team was a collective failure, it will not surprise the fans that Ivanovic has been the main culprit of what is now a leaky defense line.

Statistics more often than not paint the right picture :

Prior to the ill-fated title defense by the Blues, Branislav Ivanovic averaged 4 goals a season in the league and had his best season in 2014/15 with 4 goals and 6 assists. He was one of the most selected defenders in the Fantasy Premier League. Despite that this last season he and his current form have been nothing but horrendous. With only 2 league goals and a mere assist, add to it a dressing room villain, Ivanovic has been lucky to feature in the team on a regular basis.

Is age hindering his form ?

At the age of 32, Branislav Ivanovic has lost a yard or two in pace and that was exploited by the opposition day in day out in the last season. Manuel Pellegrini purposely played Raheem Sterling on the left wing and it payed instant dividends as Sterling toyed with Ivanovic and created key passes as City comprehensively defeated Chelsea by 3 goals to nil.

Chelsea, in a bid to play high pressing football kept a high defense line and Ivanovic was guilty of being out of position on numerous occasions as teams attacked the opposition goal from the left channel. With defensive errors, Chelsea often had to settle with draws after surrendering their lead. Shaky defending by Ivanovic has impacted his attacking game as the crosses fed in the boxes have not been accurate and he had a hard time overcoming defenders and the trademark overlapping has been a rare sight.  With apparent loss in pace, he has been not effective in tracking back which resulted tackles laced with frustration and giving away the ball in dangerous positions.
All the above point that probably Ivanovic has ran past his expiry date with age definitely being a key factor.

With the arrival of Marcus Alonso and Antonio Conte trying to play 3-4-3 and 3-5-2 formation, it’s clear that Ivanovic does not fit the Conte’s play or formation. With Marcus Alonso as left-back, Cesar Azpilicueta gets to play his preferred right back position and John Terry marshalling the heart of defence, it seems Ivanovic will be not featuring in the playing XI. A high defense line with continued pressure will require defensive solidity and Ivanovic does not fit the ask.

It will be the best outcome for Ivanovic who is into his last year of contract to look for greener pastures and leave the club as a LEGEND which without a doubt he is one.
Each sportsman has one good game left in him, only time will tell whether he plays it donning a Chelsea shirt. The man who announced himself with two brilliant headers against Liverpool in 2009 Champions league campaign, its cruel his last days might be spent warming the bench.

Football as we know it, can be really cruel at times.