Match Preview : Liverpool VS Manchester City, As Both Teams Look To Catch Up To Chelsea 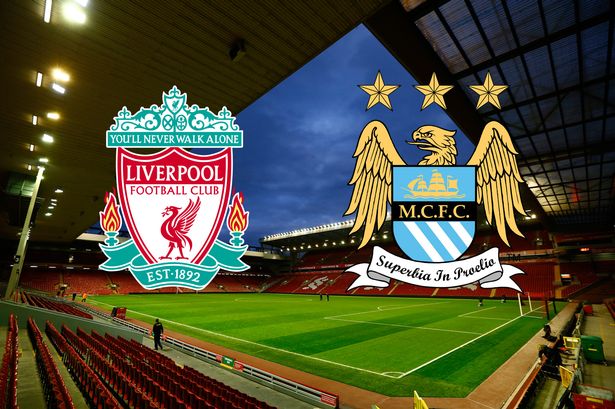 Liverpool take on Manchester City in an enormous Premier League clash on New Year’s Eve. Both teams will do battle for second place and are quite evenly matched, explosive in attack and liable to blunders at the back, that a coin toss might be the most effective way of choosing the victor.

The Reds’ victory over Stoke City on Tuesday was crucial, with Jurgen Klopp’s men overturning a 1-0 deficit to eventually win 4-1. The fact that they weren’t even at their best shows what they are capable of. City, meanwhile, triumphed 3-0 at Hull City, thanks to Yaya Toure’s penalty, a Kelechi Iheanacho strike and a late own goal by Curtis Davies. In terms of the most eagerly anticipated matches of 2016/17 to date, Saturday’s showdown is arguably at the top of the list.

Liverpool playmaker Philippe Coutinho will not be fit enough to feature against Manchester City. The Brazil international has been out for over a month with ankle ligament damage and will not be rushed back. A bigger blow ahead of the visit of Pep Guardiola’s side is the continued absence of centre-back Joel Matip, who is set to sit out his fourth successive match because of an ankle injury.

Manchester City’s top scorer Sergio Aguero returns from a four-match suspension. Defender John Stones could also be fit to feature after limping off during the first half of the Boxing Day win at Hull. Midfielder Leroy Sane is still out with the knock that forced him to miss the Hull game while Vincent Kompany (knee) also remains on the sidelines.

Liverpool have won their last three Premier League games in a row against Manchester City. The last time they won four consecutively against the Citizens was in 1981 (a run of seven) Manchester City’s last and only Premier League win at Anfield (D5 L13) came in May 2003, as Nicolas Anelka scored twice against his former club in a 2-1 victory.

Sergio Aguero has scored four times against Liverpool in the Premier League but none of those goals have been at Anfield. However Liverpool’s attack in the form of Firmino, Mane, Lallana Origi and Sturridge has been firing on all cylinders when called upon.

That promises to make for a very attack-heavy 90 minutes, and it is impossible to imagine the game ending in a drab goalless draw. Liverpool should fancy their chances against any team they come against at home, but in City, they face one of the most formidable sides in the league.

That said, the visitors have looked shaky defensively, so the Reds’ attacking players will fancy their chances of wreaking havoc.Prepare for a potentially breathless night of football on Merseyside, as 2016 comes to a close.