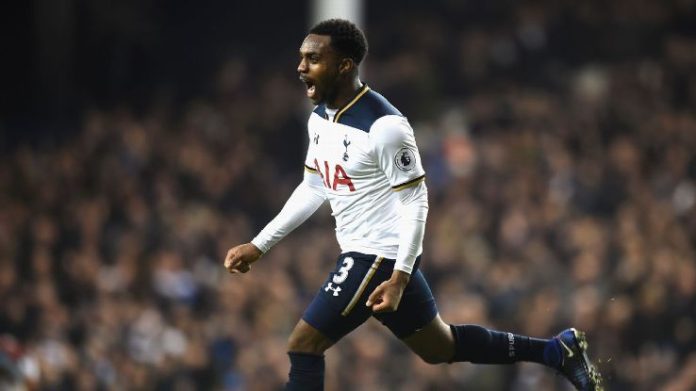 There has been a forgotten star among the Tottenham Hotspurs’ squad over the past few months in the left-back department.  The player is none other than English defender Danny Rose, who has seemingly lost his place in the Spurs’ first team. And the other top clubs in England like Manchester United and Chelsea are on high alert as they look to secure Rose’s services.

Once was a time when Danny Rose was undoubtedly the best left back in the England. He first burst onto the scene with a smashing strike against fierce North London rivals Arsenal that made him an instant favourite of the Tottenham faithful and he had been a rising star ever since. However, injuries have always had a stop-start effect on his footballing career.

Rose is still only 27 years old and could just be stepping into his prime days. And that’s why Manchester United and Chelsea are keeping a close eye on the defender who spent his youth career at Leeds United. Rose is a strong, quick and intelligent defender who is extremely alert and has grown in stature. But in a recent interview Rose hinted that there might be a bit of friction between him and his manager Mauricio Pochettino.

Rose stated, “I am not saying I want out, but if something came to me that was concrete, I would have no qualms about voicing my opinions to anyone at the club, When you’re injured you get a lot of time to think and I’ve had a lot of ‘what if?’ moments: It’s been hard to deal with. One thing is for sure – I know my worth and I will make sure I get what I am worth. I am not playing as well as I have done not to get paid what I think I am worth. In any walk of life, if you think you are worth a certain amount, why settle for less? I am not that person. If I get to levels I reached last season – and this goes out to everybody – I will make sure I get what I am worth. I don’t know how much longer I might have at this level. Anyone who thinks this is primarily for money, that is not the case. But I know what I am worth. As with everyone else in the team, in my opinion, I am worth more than I am getting”

Tottenham already lost a full-back in Kyle Walker to Manchester City in the summer transfer window and with Mourinho looking to strengthen his defense; Rose could well be the target of his desire. The same is applicable for Antonio Conte as the Chelsea boss has been wishing to have a back-up option for Marcos Alonso for a long time and Rose seems to be more than just a back-up to the Spaniard.

Pochettino’s decision to leave out Rose for the loss against Arsenal in the North London derby and the draw against West Brom, despite being fit may have infuriated the player even further which could possibly hint at a January exit for Rose. Moreover it may be a case of sticking with Ben Davies as a preferred choice over Danny Rose.

So this January seems to be getting more and more interesting by every passing day of the transfer window, with the top clubs already looking to add more than just a few stars.