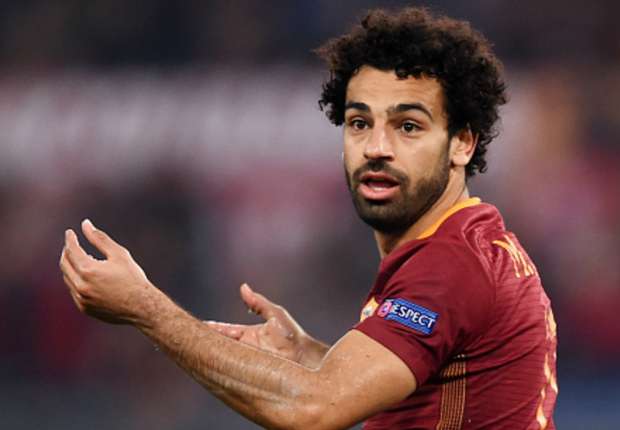 Mohamed Salah Ghaly is an Egyptian footballer who plays for  English club Liverpool and the Egyptian national team. He has been in scintillating form this season for the Merseyside  this season. He played 28 games so far and has scored 23 goals and assisted  8 times. He is a quick, mobile, hard-working and tactical player, with good technique and an eye for goal.

Salah is predominantly known  for his speed, dribbling skills, first touch, and ball control, as well as his ability to use both his pace and flair on the ball in order to beat or outwit his opponents, and create scoring opportunities for either  himself or his teammates.

A versatile forward, he primarily plays as a winger on the right flank, a position which allows him to cut into the centre half of the field, onto his stronger left foot, and either shoot on goal or play quick exchanges  like one on one with other players .

Salah’s career kicked off  with  Egyptian side El Mokawloon then transferred to  Swish side FC Basel in 2012, then he played for English giants Chelsea, Italian sides Fiorentina (on loan) and for Roma before transferring  back to Premier league with Liverpool in 2017. He has been representing the Egyptian national team since 2011.

He won a bronze medal in Africa U-20 Cup of Nations, he also participated in the 2011 FIFA U-20 World Cup, the 2012 Summer Olympics, 2017 CAF Cup of Nations and he reached the final but unfortunately lost it. However, he successfully qualified with his national team to the FIFA World Cup 2018 and he became the top scorer of FIFA World Cup qualification (CAF).

Here’s a list of  things we bet you didn’t know about this Egyptian magician :-Salah extremely passionate about football. We all know him as an attacking player but as a youngster he was always selected as fullback.Until one day he convinced his coach to play him upfront. His coach reluctantly agreed.  His team won the match 4-0 but he didn’t celebrate. He sat down on the pitch and had tears in his eyes because he was on the scoring sheet. That’s when his coach realized how passionate Salah is  for the game and how good he is upfront. He has been an attacking player ever since .

Salah was dubbed as “Egyptian Messi ” by the media during his time at Fiorentina.  Even Jose Mourinho, the current Red devils manager made comparisons that Salah looked like a fine blend of Gareth Bale and Arjen Robben  put together.

The attacker was awarded the best player award at club level inspite of being a loanee. Before Salah made his move to Roma permanent, he spent a season on loan with them .He found the back of the net on 15 occasions – 14 of which came in Serie A – while assisting six times. He impressed the Roma officials so much that he was given the player of the season award. Roma went on to shell out £13m for the current Liverpool star.

Before the  2014/15 season, his future with Chelsea looked to be in a cliffhanger after reports suggested he could have been recalled to his native country and would be forced to carry out military service after his registration for an education scheme was rescinded by the Egyptian Minister of Higher Education. He was , however  spared of military service after the meeting with the then Egyptian prime minister Ibrahim Mahlab .

Once a lady presenter kissed Mohamed Salah on the cheek. He was widely criticized back in his nation, because of their conservative nature.

Salah is a devoted Muslim. Whenever he scores, he bows down on the pitch to pay respect to his god. He even named his daughter Maka, after the holy site Mecca in Saudi Arabia .

Salah has been an admirer of Portuguese star Luis Figo and French superstar Zinedine Zidane as a child. He has stated on number of occasions that he one day wants to  reach their level.