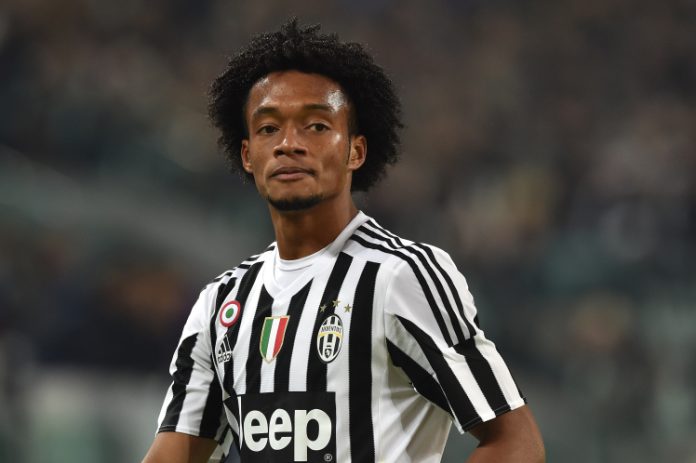 Juan Guillermo Cuadrado Bello is a Colombian footballer who plays for Italian club Juventus and  the national team of Colombia. Cuadrado  is capable of both scoring goals on his own  as well as creating opportunities  to score goals for his teammates. Juan  is capable of playing both as a wide midfielder, or as a winger in an attacking combination due to his ability of sprinting  down the wing. He often makes use of his speed, flair, and technical skills to beat opponents in one on one situations and create space and time for him to shoot on goal, or deliver crosses to strikers in the area. His playing style  frequently involves taking on full-backs on the flank, and subsequently running towards the opponent’s box  to deliver balls into the area. Pundits have  labelled him as one of the few orthodox  wide midfielders in the current game.

Cuadrado was born in Necocli in Colombia. He began his career in club Atletico Uraba as a forward player.

However, on the recommendation of  club founder Nelson, Cuadrado took a deeper role a midfielder. He was usually deployed on the wings because of his confidence and adaptiveness to that position.

He had a brief spell at Colombian second division club Rionegro, where he spent most of the time on the bench. Then, Juan Paleaz, coach of Independiente Medellin recognised his potential and signed him in 2008. He stayed at the club for  a year before kick starting his career at European level with Italian club Udinese.

He spent two seasons at Udinese before making a loan move to another Italian club Lecce. Lecce however,  got relegated to Italian second division after finishing 18th. Cuadrado returned to Udinese to avoid playing in second division .

On 23rd July 2012, Italian club Fiorentina signed Cuadrado for a fee of £1m. Cuadrado helped the Italian outfit to finish fourth in the Serie A that season. He had 5 goals and 6 assists that season.

On 2 February 2015, English club Chelsea announced the signing of Cuadrado from Fiorentina on a four-and-a-half-year deal, for a initial fee of £23.3m, which could potentially rise to £26.8m. Egyptian player  Mohamed Salah went the other way on loan.

Vincente Montello, Fiorentina manager said that  the deal had to happen eventually. He said, “Cuadrado came here with a smile and gave his everything for the club. I am  happy for him that he is moving to a big club”.

Cuadrado struggled for game time under Jose Mourinho. He was later deported to  Juventus in a season long loan. He returned to Chelsea in the early summer of June and played a few friendlies  before going back to Juventus again. This time in a 3 year loan with an option to buy at the end of the deal.

On 22 May 2017, Cuadrado had joined Juventus on a permanent deal for a price of €20m until 2020. On 3rd June 2017, in the UEFA Champions League Final against defending champions Real Madrid, Cuadrado came on as a substitute for Andrea Barzagli in the 60th minute. He was however controversially sent off after picking up two yellow cards, the second for an alleged stamp on Sergio Ramos .Juventus lost the match 4–1.

Funny as it may seem, the name Juan Cuadrado translates as John Square in English. Cuadrado’s father Guillermo was shot dead when the footballer was just five years old. His mother ordered him to hide under the bed  when this happened. The murderers were never brought to justice.

His mother ensured that he didn’t go down a bad path by stating that he be a model student and continue to develop his football skills. Luckily for us, he listened !

Cuadrado doesn’t shy away from celebration when he scores goals. His Michael Jackson-esque Zombie dance celebration in the 2014 world cup is still fondly remembered by his fans.