One of the biggest international feathers that can festoon a footballer’s crown is a FIFA World Cup that he has won with his nation, irrespective of the fact that whether he was a regular member of the squad or simply another filler to make up the numbers. We will take a look at five such footballers, who made no significant contributions to the squad and yet have a World Cup next to their names.

The twenty-eight-year-old has been around for quite some time and yet made a name for himself of late at Monchengladbach. Despite being spotted by Leverkusen in his early days, Kramer never really made it to the top of the pecking order.

He was picked for the 2014 World Cup by Loew to be a back-up to the German defence. Despite not really enjoying some playing time in the fray, he suffered a tragic exit from the World Cup final. Kramer got lucky as he was called to supersede Sami Khedira, as the latter was sidelined with a last-minute injury before the final. However, Kramer had to be substituted in the first half, after he suffered a concussion, following a clash with the Argentine centre-back Ezequiel Garay.

Despite, being on the sidelines for most of the times, Kramer still managed to add to his name the FIFA World Cup, which has still been tantalizing stalwarts like Ronaldo and Messi.

He is probably one of the luckiest strikers in the international football roster who managed to secure a World Cup by just playing 30 minutes in the entire tournament. Being a second fiddle to Alvaro Negredo even a year prior to the 2010 World Cup, his chances of making the squad for the imminent World Cup squad were extremely slim.

Astonishing everyone, Del Bosque decided to pick him up as the third striker of the squad. His playing time in the tournament was curtailed by the scintillating performances of David Villa and Fernando Torres.

Not only did he manage to notch up the World Cup, but Llorente also went on to win the Euro 2012 with absolutely zero contributions to the tournament.

Zaccardo’s story is probably the most unfortunate and yet his fortune smiled so bright that he managed to notch up the World Cup. He was an imperative part of the Italian defence line in their World Cup bout against a technically under-cooked Ghana and helped in coming out with a clean sheet. However, the next match spelt his doom.

Out of the only two goals conceded by Italy in the entire fray, one was via a penalty in the finals and the other one came via Zaccardo’s own goal. Post that Zaccardo made limited appearances for the national squad unless he hung his boots a year later.

This footballer’s story is extremely intriguing when it all boils down to winning a World Cup. He was a regular member of the 1998 Brazilian squad and started in every single game. However, Brazil was undone by some artistic brilliance from their French counterparts, especially from the man called Zinedine Zidane. 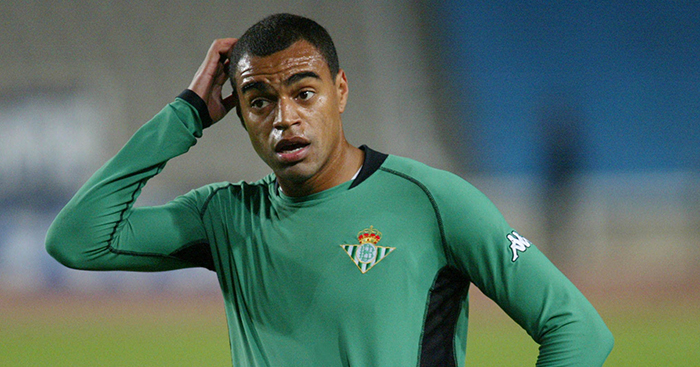 Now, he got picked up for the Brazilian squad of 2002 World Cup and all his appearances in the fray were substitutes. In the final, he came out for only a minute and Brazil walked out with the bragging rights after Ronaldo’s brace left Germany in shreds. All his diligence in the precursor edition went down the drain when Zidane’s talismanic performance ripped Brazil apart. However, his limited performance in the ensuing edition won him the most prestigious trophy of all time.

A one-half wonder, French international, Alain Boghossian was a part of the 1998 World Cup-winning French squad. All he could manage for himself was just the second half of the final against Brazil. Despite, having big club names next to him, his international career growth was never slick and he retired very shortly.