Manchester City and Pep Guardiola needed a win after their 1-3 thumping against Liverpool going into the international break. Therefore a 2-1 win over Frank Lampard’s Chelsea will hold the players in good stead as they chase Liverpool for the Premier League title again. It was the Blues who struck first blood after N’Golo Kante swayed past Benjamin Mendy and cannoned it first time past Ederson on the back of the net.

It was a wake-up call for the Cityzens as they gradually had the grip of the game. Kevin De Bruyne who has been in tremendous form this season once again stepped up at the time of need and this time he netted a goal cancelling Kante’s early lead.

Manchester City then ran away with the fixture when Algeria international, Riyad Mahrez arrowed in the winning goal and allowed Pep Guardiola’s men to dictate terms in the game. Raheem Sterling almost made it third in the dying embers of the game but it was deemed offside after another controversial VAR check.

One thing that has increased in this Chelsea side is the midfield and the way the players maintain their duties effortlessly. Matteo Kovacic had a decent outing as he turned provider for Kante’s goal. He also did put in a shift in midfield pulling the strings. Lampard has allowed the former Real Madrid man freedom to orchestrate and therefore City weren’t allowing him time on the ball but still, he managed to notch up an assist.

Similarly, Kante has been in tremendous goalscoring form and the combination in midfield for the Blues is striking the right chords in their play and it is mostly because of Frank Lampard’s expressive gameplay and attitude about of approaching every game.

A resurgent Kevin De Bruyne steps up against his  former side

The Belgian superstar was out with injury for most of last season and this season he has made up for everything he missed. With a number of assists this season, more than any other player in the league, the Belgian also bagged a goal against his former side. 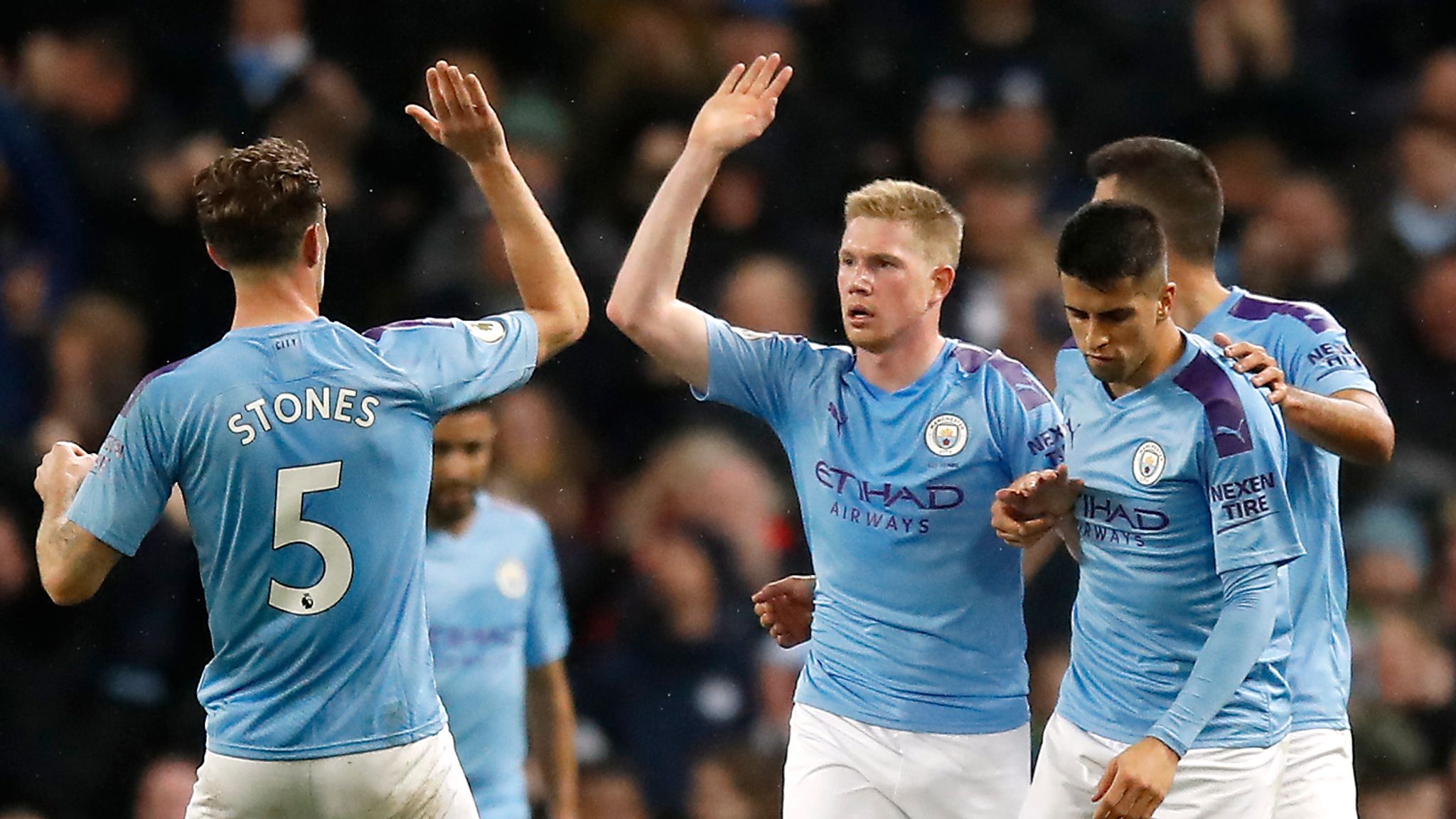 It has been a great season so far for Kevin De Bruyne for club and country as the 28-year old midfielder has notched up staggering nine assists alongside three goals and have had more goal involvements than any player in the English Premier League.

Rodri, not quite the Fernandinho replacement.

Fernandinho has been an ageless servant for Manchester City and the Brazilian is ageing like fine wine over the years. He has been an integral part of Pep Guardiola’s system in that central defensive role. However, owing to injuries to centre backs Fernandinho has slotted in the backline and he has done remarkably well in a new position.

But the problem lies on the other side of the pitch where Guardiola thought of bringing in former Atletico Madrid midfielder, Rodri. But the Spaniard has not been the ideal fit for Guardiola’s liking, and hence he was subbed off for Ilkay Gundogan and he was seemingly frustrated with his performance. Rodri lacks the versatility of the Brazilian and also struggles to put in a shift which Fernandinho did for the Cityzens.