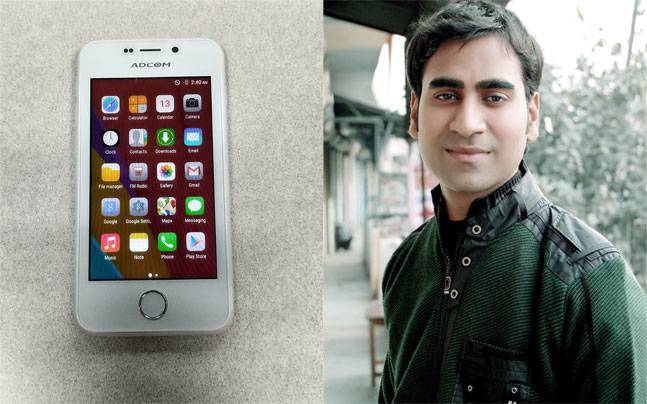 The maker of the Freedom 251 phones– a promise to equip most of the Indian population with smartphones in 2016 – was arrested on Sunday after several dry fruits sellers accused him of fraud worth Rs 200 crore. Mohit Goel and five others were brought in by UP Police after he was busted at Meghdootam Parke in Noida.

Mohit Goel after his flop show with Freedom 251 in 2017, started running a company called Dubai Dry fruits and Spices Hub in sector 62, Noida. According to the police reports, he was accused by traders in Punjab, Haryana, West Bengal, Uttar Pradesh, Rajasthan, and several other states. As the authorities received more than 40 complaints.

What He Told The Daily In A Recent Interview?

The Times of India said that Mohit was running the company with the help of at least four others. The company employed three foreigners, who worked as receptionists. The charges filed against him say that he defrauded payments of dry fruit traders after offering them advance payments and bulk order to gain their trust. Additional Commissioner of Police Love Kumar has stated. Goel and his colleagues Goel and his colleagues placed orders and made payments on time, they even gave partial advance payments.

“Later, they would stop making payments, and the cheques issued by them would bounce. The accused would then get fake cases lodged against the traders under CrPC 156 (3) by approaching the court,”

Kumar added that Goel and his colleagues posed dummies as managing directors and other high-level posts. They managed to fool a lot of people and got money from them.

Further investigation revealed that Goel purchased dry fruits at slightly higher prices from these traders. He then used to sell them at much higher prices in the open market, Kumar confirmed. The accused then made partial payments to the traders from who he had bought the stock. They used to pay 40% of the amount through net banking. The rest of the amount they paid in cheques but all the cheques bounced when traders tried to cash them.

Mohit Goel, Sumit Yadav, Praveen Singh Nirwan and Rajiv Kumar alias Mursafil Lashkar were managing the company while Om Prakash Jangid, who was arrested along with Goel, was the proprietor of the firm, Police confirmed. An FIR against the company was registered on December 24, 2020. When Rohit Mohan, a trader based in Sector 65, had lodged a complaint against the firm.

Stop These Frauds And Get Us Some Real Brands

It is high time that India gets rid of these fraudsters and gets in some real brands. The brands that can actually get the people something beneficial. Need to focus on such brands and make them our own. Shoutout to them for their honesty and hard work which needs to be appreciated more.

Not for such brands which don’t have any future and are just scams. People like Mohit Goel should be punished for the wrong that they have done!!