The Sadistic Story Of Nobita Hiroshi That Makes Doraemon Controversial; Despite Shizuka Twist 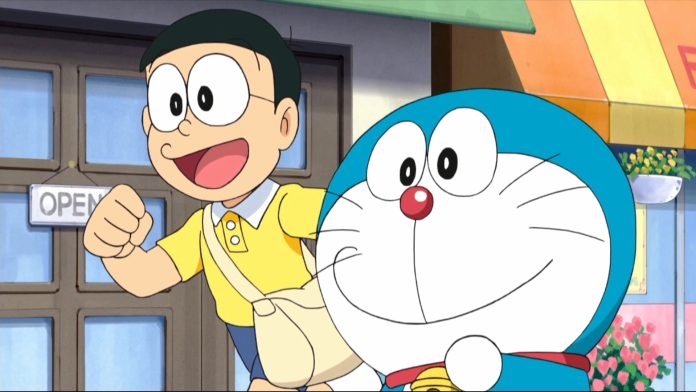 The truth about Nobita Hiroshi- A boy – 16 years old – takes his father’s gun, places it on his head, and pulls the trigger to make an escape once and for all. Bullied in school, suffering from schizophrenia, Nobita Hiroshi couldn’t take the harshness of life and chose to die instead, inspiring an entire cartoon series called Doraemon.

Though Nobita just got married to Shizuka in the toon world, the truth is something quite different. One must understand that this is just to share facts and not demean anything or anyone. Doraemon is a male robotic cat, which comes from the future (travelling back from the 22nd century), but is that really the case!?

This story touches one’s heart, maybe draws an emotional sphere around the reader, and makes him/her sympathize with Nobita (the character), well, in short, I serve the purpose of luring a big audience.

The complete (true) story of Nobita Hiroshi; he never made it this far:

The heart wrenching and real the story sounds, one needs to realize how fake it is. Fuji Moto Hiroshi’s character has been time and again been confirmed as his brainchild, the product of sheer imagination.

The emotional story of the series Doraemon is that Nobita was suffering from Schizophrenia. A psychological disorder, Schizophrenia induces delusions, hallucinations, and various other symptoms, so much that after a stage the disorder consumes the person’s psyche.

It is a disorder in which a person has less ability to think, feel and behave clearly. Nobita, who was abused and bullied in school started feeling abandoned, stressed out, and lonely. His medical condition made him imagine the character of Doraemon. Who is a robotic cat and has come to help him in every possible way. Later on, making Doraemon Nobita’s best (imaginary) friend.

Mental health is the most important thing even today!!

Needing medical counselling, a 16-year-old Nobita was taken to a doctor/psychiatrist. The doctor kept breaking the hallucination calling Doraemon just a figment of Nobita’s imagination. Nobita was told that the robotic car is just a mere imagination of his unconscious mind over which he needs to put control. This left Nobita in complete shock that he was lonely again.

He suffered mental trauma. Finally, Nobita couldn’t bear the truth. He shot himself with his father’s gun and committed suicide at the age of 16. So, to pay tribute to Nobita’s soul Doraemon series was started.

Even today, if one goes to look up Nobita’s story, this one is the most popular one. However, being popular and being true are different things.

Don’t stop talking to people whom you care about

The only lesson that we need to remember from this article is that mental health is really important. Never let go of the people you really care for and focus on what is important. Rather, who is/are important. You never know which may be your final moment on this earth and in this life. Make each one of them count.

Nobita will live in our hearts forever. However, it is also important to never forget Nobita Hiroshi, with all his flaws. If not for this imperfect perfection, we might have never had one of the most-watched and liked toons of all time. There is always a diamond in a coal mine and thankfully we have found ours. Both these individuals, real or reel will forever remain within our hearts and will inspire us to do more!!