A clash that promised thrill in the first half transfigured itself into a dominant hammering in the second that witnessed Manchester United coming up trumps over Roma in the first leg of the Europa League semi-final. As Roma arrived in England, Solskjaer wanted to welcome them with arms wide open and Bruno Fernandes lent him the most reliable one. Within just nine minutes of kick-off, Paul Pogba left three Roma defenders tied in a Guardian knot with a brilliant twist and threaded a perfectly weighted ball in the stride of Edinson Cavani who placed the ball in the path of a marauding Bruno Fernandes to finish.

The Portuguese talisman swooped in from behind. He dinked the ball past an advancing Lopez in clinical fashion to hand over the lead to the hosts. However, what followed thereafter was despairing for United and déjà-vu of crashing out of four semi-finals. This was prior to this under the chaperonage of Ole Solskjaer were already looming large ahead of them. 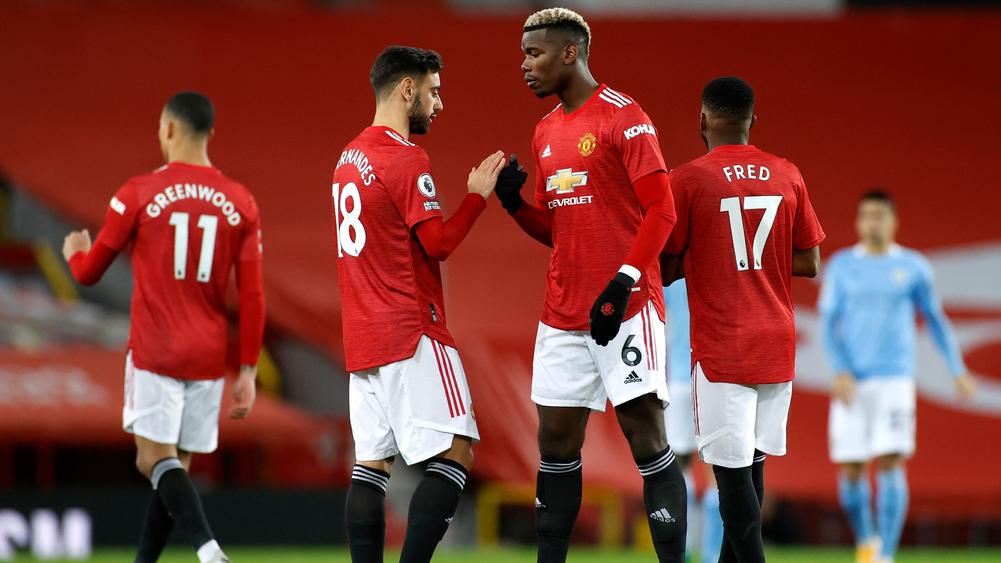 The Decision That Was Made By Manchester United And How It Worked For Them?

In a debatable decision where Paul Pogba slid into stymie Kasdorp’s cross from the right. The ball strung his arm which was dangling uncontrollably above him. The commentators split into two factions. It was where one half believed that it was intentional while the other advocated for the spot-kick. However, the stickler believed that Pogba could have done a better job in containing Kasdorp. He gave away the penalty to the visitors.

Lorenzo Pellegrini stepped up for the spot-kick. He fired a convincing one past an out-stretched David De Gea to restore parity. Despite losing the edge early, Manchester United was in no mood to relent as they kept on coming back at La Magica. They were knocking at their door vigorously. It took some intense defending from Ibanez to stifle Rashford and Pogba’s infringements in the visiting half.

Paul Pogba was the most electrifying player in the Manchester United colours as another stinging effort from the French man needed a diving enterprise from Pau Lopez that compelled him to leave the ground with a shoulder injury. 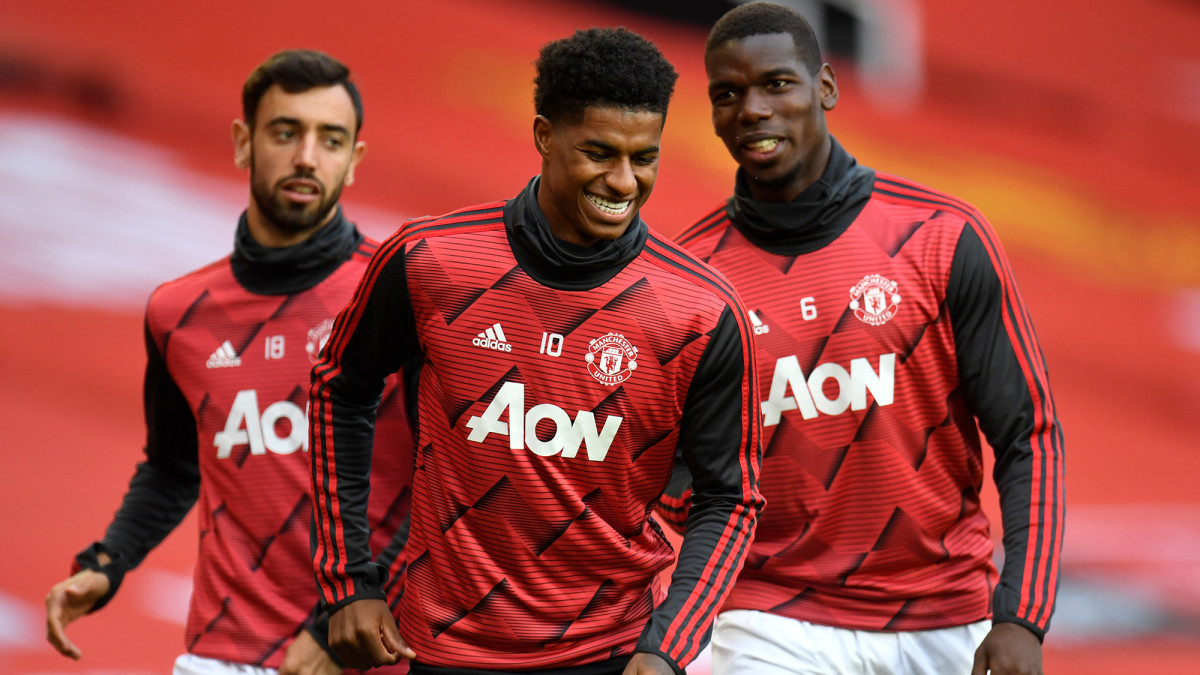 With all the attacking intent of the world, Manchester United suddenly found themselves behind. That was as Edin Dzeko once again picked up his Manchester City stint and came back to hurt the Devils. It was a former United player, Henrikh Mkhitaryan who emanated this lovely opportunity making the fullest use of the glaring potholes in the United rearguard as he slipped past a beautiful ball for Pellegrini who in turn fed it to Dzeko, who was thankful enough to Lady Luck as the ball took a tumble off the inside of his right foot and rolled into the back of the net.

Manchester had the best chance to draw things level just at the edge of the half-time as Mirante committed a titanic howler, rolling the ball at Cavani’s feet who shot straight at the stuttering custodian in the first attempt and his second shy at goal was traded away by Chris Smalling.

Manchester United was finally able to catch their breath in the second half as Edinson Cavani displayed sheer class to restore world order for the Devils. From another delectable build-up that saw Pogba, Fernandes and Cavani coming together to form a menacing trio, as the final ball was floated to the Uruguayan, he took it on a volley and swerved in across a flat-footed Mirante into the top-right corner of the net that had class intaglioed all over the finish. 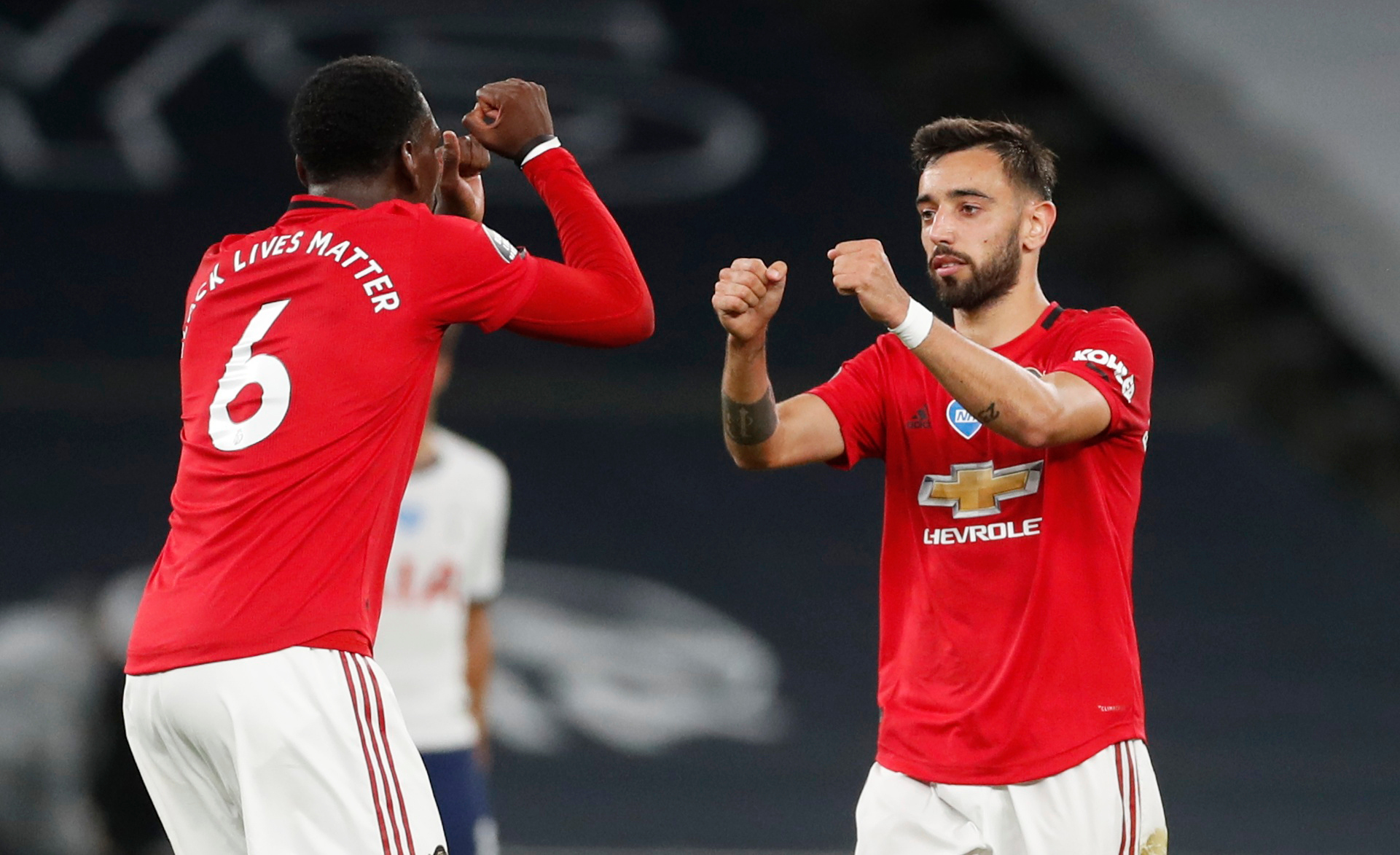 Read More: A Tactical Clash Between Two Maestros Of Football

That equalizer simply set the tone for Manchester United’s relentless display in the second half. Pogba and Cavani came close to scoring in very quick succession. That too, only to inculpate their fortune and witness a scintillating save from Mirante respectively.

However, the goal from Cavani was just the tip of the iceberg that was about to sink Roma. It was the Uruguayan marksman whose predatory instinct notched him up to his brace. Fernandes crafted a delightful through for a scampering Wan-Bissaka on the right. It was his effort that was too obtuse to do any harm. However, the rebound fell right at the feet of Cavani. The attacker imploring to be pummeled home wasted no time in restoring the lead for the hosts.

Manchester United found themselves in acres of fortune. That too when Rashford was played a sublime cross by Luke Shaw. Only for him to belt out another low-ball for Cavani. Unfortunately, this time he failed to connect. As he struggled in the follow-through, Chris Smalling ended up rattling him which seemed more of adept histrionics from the striker more than the stringent decision of the spot-kick. 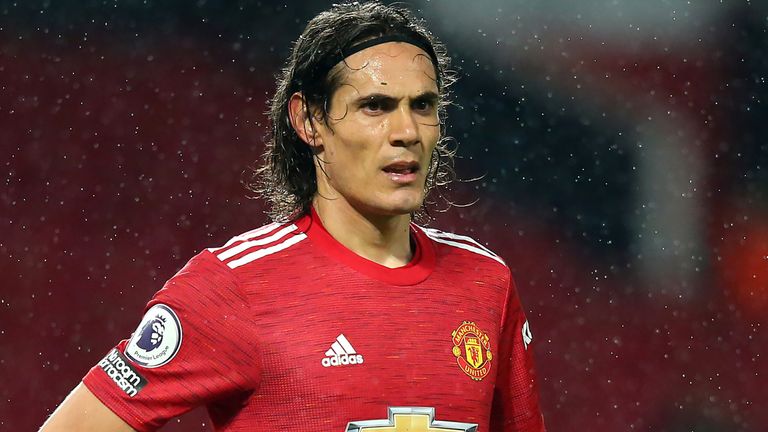 How Edinson Cavani  Turned The Tie Around For The Red Devils?

It was Bruno Fernandes who came forward. He took his customary hop, veered the goalie in an opposite direction. Sent the ball flying into the back of the net to accentuate the difference. Paul Pogba took the shellacking of Roma to a humiliating level. That was when he was noggin home past a hapless Mirante. After being teed up by United’s most reliable mid-fielder, Bruno Fernandes.

Even when the clock was running down faster than a time bomb towards the end of the regulation time, Edinson Cavani was still not finished. He was keen on dampening the spirits of Roma. That is, as he laid out another classic through ball for Greenwood. The attacker took a step, set himself for the rocket that was about to be launched. He hurled his effort that took a wee deflection off Ibanez and clattered into the net, leaving Mirante rolling on the ground.

Despite 90 minutes of the game is yet to come, a four-goal lead should usually put the tie to bed. That is only if Harry Maguire and Victor Lindelof dispose of their duty with clinical distinction when they arrive in Italy. Edinson Cavani has done his job and he deserves all the praise that he can get for that.