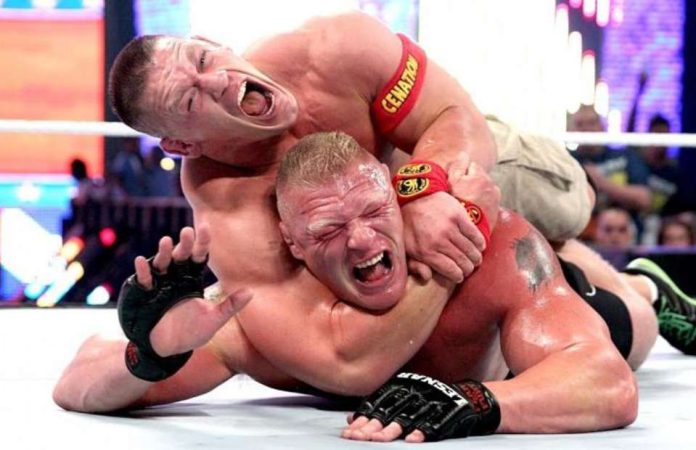 WWE superstar John Cena has a lot of fans from around the world. He keeps putting up stuff on his Social Media handles for his fans. Not everyone understands the meaning of his posts. However, it seems that the WWE superstar-turned actor has now revealed some of his secrets on The Ellen Show.

In a recent episode of the show, it was John Cena who was the guest. Apart from his on-screen career, it has been his Instagram that has been under the radar all the time. His bio reads as, “Welcome to my Instagram. These images will be posted without explanation, for your interpretation, Enjoy”.

What Was The Revalation By John Cena Recently On The Ellen Show?

On a recent episode of The Ellen DeGeneres Show, the WWE superstar opened up about his controversial Instagram account. He claimed that he makes the posts himself and he explained what some of his posts actually mean. The WWE superstar refrained from putting captions on his posts and no one knew the reason why.

In his interview with Ellen, John Cena revealed that WWE had asked him to start an Instagram account. For that purpose, he just made one. However, he was not really interested in having one. It was like one of those work things, where he had no choice. However, he told the company that he would be doing things his way.

This is big news for the fans of the WWE Superstar, who had their doubts so far. They were thinking (some of them at least) that it was just an imposter pretending to be him. Despite that, it seems that the 16-time World Champ has now cleared their doubts.

Why This Is Of Any Significance To Indian Cricket?

John Cena has been a long-term admirer of Indian skipper Virat Kohli. He has been posting pictures of the Indian skipper for quite some time. He had once revealed that he admires people with “ruthless aggression” and that is something that gave him the push in his own career.

However, a lot of fans of Indian cricket and King Kohli had suggested that the account was fake. That is due to the kind of post that were being put up. They were bemused by the things that were going on there and John Cena barely puts up stuff from his own life and the lack of captions adds to the whole secrecy thing. With that being said, the truth is out now!!