Tammy Beaumont Plays A Unique Shot- Some brilliant cricket is being played between the Indian Women and the England Women. The two teams were fighting hard to win the series. Eventually, it was the English women that took charge and won it 2-1 in the final game of the series. There were many really good moments of brilliance in the field, which caught the attention of the fans.

Social Media was buzzing as always. The cricket fans were watching the series rather closely and talking about the key points. Amidst a lot of good work done in the field, one shot got the fans talking as well.

Tammy Beaumont or Tamsin Beaumont, the English opener, played a brilliant shot that got the fans talking. She rolled back into her crease and went beyond her stumps to pull a ball to the boundary for a four. Though Shafali Verma tried her best to stop the ball, she failed to do so. 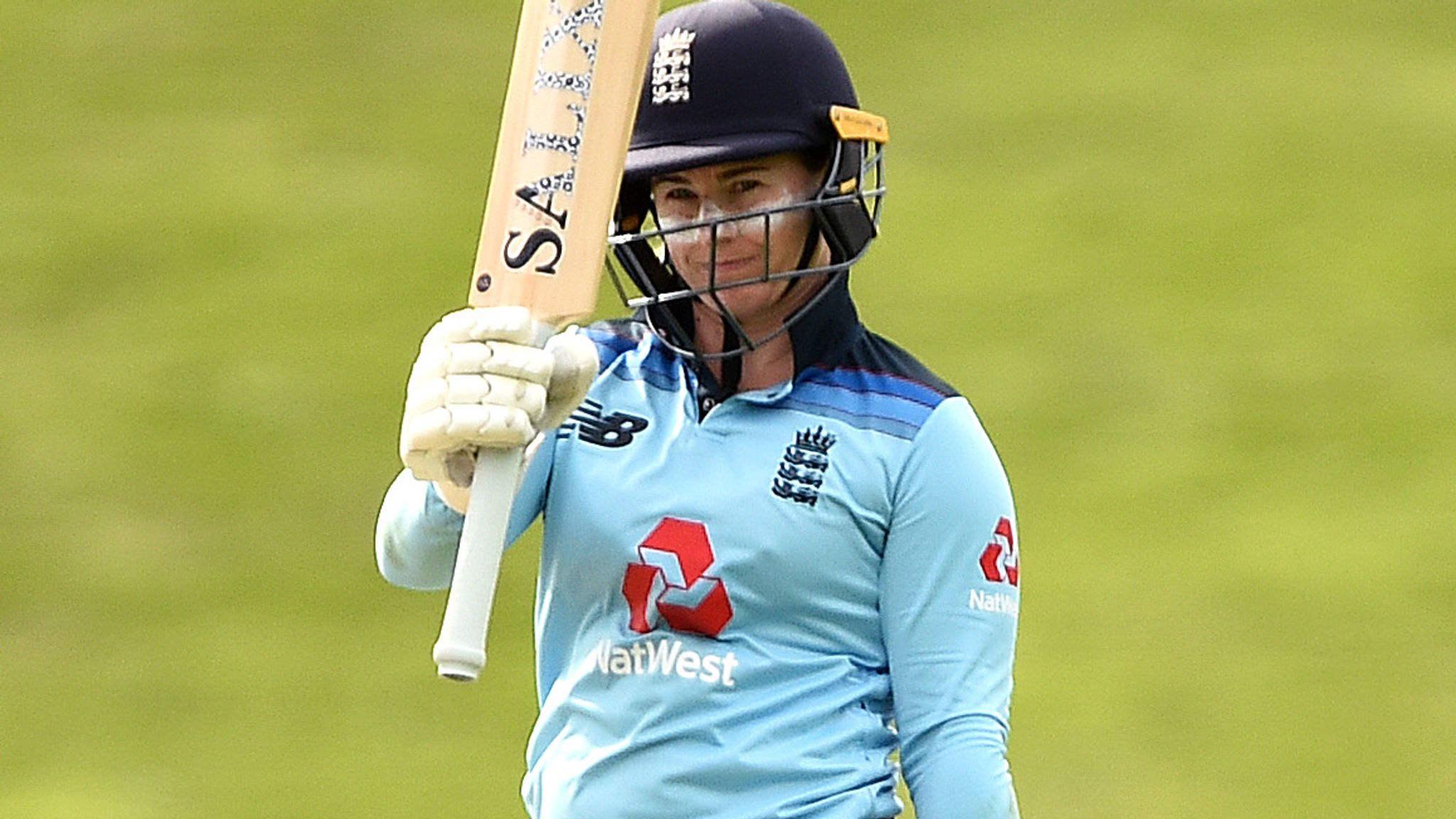 Keeping that in mind, the fans loved the shot that was played by the English opener. Many could relate to playing such a shot during their school or college days. It was a really high-risk shot. However, since the result was a boundary, there weren’t too many complaints from anyone in the English camp.

The batswoman left her stump exposed, rolling behind to the right of the off-stump. This gave her enough time and space to take a proper shot. Even the wicketkeeper tried to get out of the way initially.

What Happened In The Final Game Of The T20 Series Between The Indian Women And The England Women?

Though Tamsin Beaumont could only make 11 runs in the game, her team managed to do well in that final game. The Indian side had set up a target of 154 for their rivals to take home the series. The total was a good one but England was up to the task as well.

Danni Wyatt scored 89 off 56 balls to guide her team to the victory. She was awarded the Woman Of The Match. On the other hand, Nat Sciver that played a supporting role got the Player Of The Series award. Both women led their side to a win. They played some great strokes and were unstoppable on the night.

Previously, Smriti Mandhana (70 off 51) and Harmanpreet Kaur (36 off 26) had helped Team India post a score of 153/6 in their 20 overs. The fans would have been really confident that their team would be probably able to hold on and win the series. However, some good batting from the English women foiled their plans.

These hopes and ambitions of the Indian Women’s team were foiled by their rivals of the day. Both teams played some good cricket and the best team won. It was a great series overall and the two teams would be proud of the performances of their players.

Share
Facebook
Twitter
Pinterest
WhatsApp
Previous articleWatch: This Is Why You Don’t Drop A Lit Cigarette Down A Random Hole; Issued In Public Interest
Next articlePlayer Profile: Nuno Tavares; What Does He Bring To The Table At Arsenal?