Virat Kohli, India’s T20 captain, has stated that he would stand down after the next World Cup, which will be held in the UAE and Oman. Kohli is expected to resign as India’s white-ball captain, according to reports. Rohit Sharma is expected to take over. The BCCI treasurer, Arun Dhumal, had categorically refuted the claims, calling them “rubbish.”

Kohli’s announcement, however, has surprised the cricketing world. That is since he has stated that he wants to limit his workload and focus on Test and ODI cricket. Despite this, the 32-year-old will continue to participate in the game’s shortest version as a player. 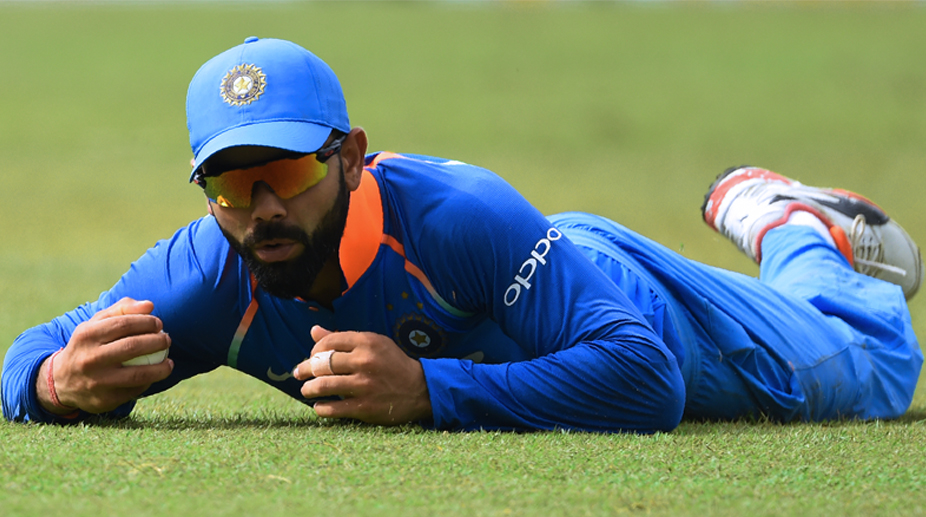 Virat Kohli Sends Out A Message For The Fans

King Kohli himself resorted to Twitter to thank his players for their support throughout his time as the captain of the T20I team. That was part of a message that he sent out, as he talked about stepping down.

“Fortunate enough to not only represent India but also lead the Indian Cricket Team to my utmost capability. Thank everyone who has supported me in my journey as the Captain of the Indian Cricket Team. Could not have done it without them. The boys, the support staff, the selection committee, my coaches and each and every Indian who prayed for us to win.”

Virat Kohli went on to say in his statement that he discussed his intention to stand down. That, with acquaintances Ravi Shastri and Rohit Sharma before coming to a decision. He also stated that he has spoken with the BCCI President and Board Secretary. As well as guaranteeing that he would continue to serve Indian cricket in the same way as he has for the past many years.

“Understanding workload is a very important thing. Considering my immense workload over the last 8-9 years. That too, playing all three formats and captaining regularly for the last 5-6 years. Feel, need to give myself the space and time to be fully ready to lead the Indian Team in Test and ODI Cricket. Given everything to the Team during my time as T20 Captain. Will continue to do so for the T20 Team as a batsman moving forward.

Read More: Brilliant End To The CPL Final; Must Watch For All Cricket Lovers

“Of course, arriving at this decision took me a lot of time. A lot of contemplation and discussions with my close people, before making the call. Ravi Bhai and also Rohit, who has been an essential part of the leadership group. Have decided to step down as the T20 Captain after this T20 World Cup in Dubai in October.

“To add to that, spoke to the secretary Mr Jay Shah and President of BCCI Sourav Ganguly. That is, along with all the selectors about the same. Will still continue to serve Indian Cricket and the Indian Team to the best of my ability.”

The Timing Of The Decision And The Real Reason For It

It has been Virat Kohli’s call to take. He has not looked comfortable in the Indian Premier League as well. His time with RCB has not really done too much for him, as the team from Bengaluru hasn’t won a single title yet.

Many in and outside the India camp were taken aback by the timing of the announcement. It came just over a month before the World Cup begins, as well as the news itself, although Kohli has been considering reducing his workload for some time. It’s something India’s selectors and team management have kept an eye on as well, resting Kohli from T20Is whenever feasible, to the point where he’s only played 45 of India’s 67 T20I matches since taking over as captain.