Jamie Carragher Makes A Massive Statement Regarding Arsenal For Next Season 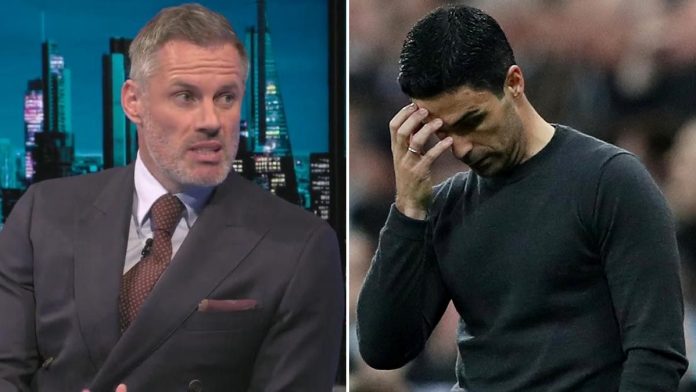 Latest Arsenal News: Jamie Carragher, a former defender for Liverpool, has said that it is probable that Arsenal will not place in the top four in the coming season. He said that the Londoners had thrown away a “huge chance” to play in the Champions League this season and that they would have a difficult time doing it again owing to the increased number of games scheduled for next year.

Fourth-placed Before the last three matches of the season, Arsenal had a lead of four points over Tottenham Hotspur, who were in the fifth position. However, in the north London derby against Spurs, they were defeated by a score of 3-0. Their advantage was reduced to a single point as a result of the loss.

The Gunners subsequently suffered another loss while traveling, this time at the hands of Newcastle United. As a result, Spurs were able to move ahead of them by two points and into fourth place. The team led by Arteta prevailed in the last league match of the season, but so did Spurs. This meant that the Gunners finished the season in fifth place overall in the rankings.

Carragher lauded Mikel Arteta as a good manager after reviewing the Gunners’ season and the job that he had done. On the other hand, he went on to say that the Spaniard was not on the same level as the league’s finest managers, such as Pep Guardiola, Jurgen Klopp, Thomas Tuchel, and Antonio Conte. Carragher made these remarks while participating in the Overlap Fan Debate:

“I wanted Arsenal to get into the top four because I like what Mikel Arteta has done. I think he’s done a really good job. Really do believe that, and I love the young players that they’ve got.” 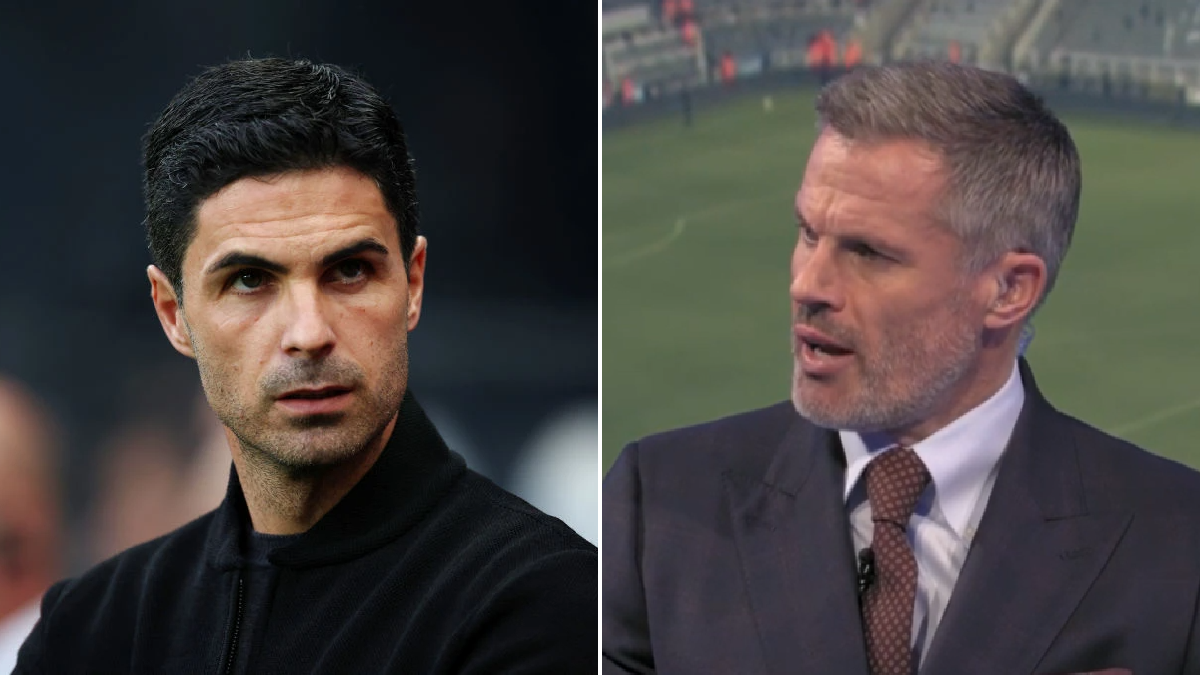 He proceeded by saying:

“But Mikel Arteta right now – even though he’s done a decent job – is not at the level of Conte, Tuchel, Klopp, or Guardiola. And I feel that chance in that game against Newcastle will be a game that Arsenal supporters look back on and say, “That was when everything went wrong for Mikel Arteta. I believe that will be the case.”

Carragher believes that the absence of European competition during the 2021–22 season provided the Gunners with an edge, which is something they won’t have the following season. The former football player turned commentator continued by saying:

“It’s beyond my comprehension how Arsenal could win the Champions League spot. It is not even a remote possibility that Arsenal will be anywhere near the top four when the new season begins, regardless of who they bring in to strengthen their team. I may be mistaken.”

Both Alexandre Lacazette and Eddie Nketiah’s contracts are set to expire in June. So, the club managed by Mikel Arteta is in desperate need of reinforcements in attack.

Tammy Abraham, a former striker for Chelsea who is now reportedly a free agent, has been mentioned as a potential target. The former Chelsea striker has shown an interest in moving back to the city of London, which is encouraging news for the Gunners.

Abraham’s first season at Roma was a resounding success. On Wednesday (May 25), he was awarded the UEFA Europa Conference League Championship. The Englishman led the squad in scoring with 27 goals despite only appearing in 52 games under Jose Mourinho’s direction. It is common knowledge that Roma has no intention of releasing Abraham. It means that the Gunners may have to pay an exorbitant sum to get the services of the English striker.