PBKS vs RR Live Update: Kagiso Rabada Talks About His Time With His New Franchise 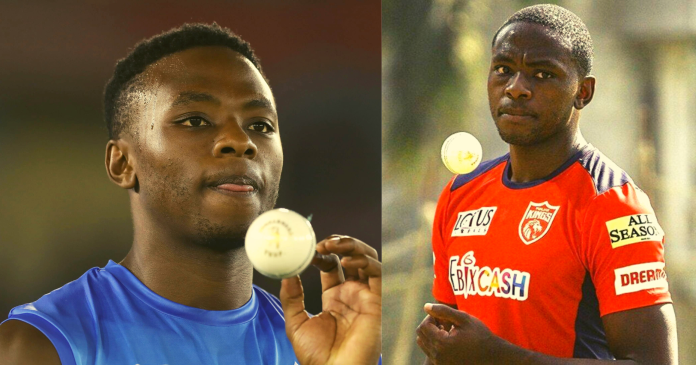 PBKS vs RR Live Update: After five years in the Delhi Capitals camp, Kagiso Rabada moved on to the Punjab Kings for the IPL 2022 season this year. Thus, marking the next stage in his IPL career. Kagiso Rabada has shown to be an intimidating force for his side in recent years. He will soon be among the most feared bowlers on the international stage.

However, the pacer was not intended to be a cricketer from the start. His involvement with athletics started when he joined the Rugby team at his high school. He began his cricket career during the rugby off-season. Then, he had the opportunity to try his hand at another sport. While he had no intention of pursuing cricket as a career, it just so happened that the sport picked him. After being selected for several different games, he began to devote his whole attention to the sport.

“That was the first game I played for my country. I wanted to basically show myself to the world. Even though it was against Australia, I remember I had no nerves. I just wanted to bowl fast,” he said in an interview with the Punjab Kings, recalling his international debut against Australia in Adelaide.

Even though his Twenty20I debut did not go as planned, Rabada drew attention when he made his One-Day International debut against Bangladesh. He took six wickets and had his highest ODI bowling figures to date.

“I made my One-Day International debut in Dhaka. While it wasn’t planned, I managed to take six wickets. That was just incredible. Then there was the privilege of participating in a Test match cricket. It represents the peak of cricket in my opinion. I remember it was in Mohali against India. I remember it well,” said Rabada, who took his maiden Test wicket in this game by dismissing Virat Kohli.

PBKS vs RR Live Update: Rabada also talked about his time with PBKS

Even though he joined the Delhi Capitals in 2017, Rabada was not re-signed by the club at the 2018 auction. His absence from the cash-rich tournament in 2018 was due to an injury. But he bounced back with a vengeance in the subsequent editions. He won the Purple Cap for taking the most wickets in the 2020 season.

He also shared his thoughts on his time with the new squad this season. Rabada recalled some pleasant recollections from his time with the previous club. “Simply had a good time watching the auction and being with this group of individuals. I believe the squad is comprised of high-caliber people. I truly like what the team represents. Now that we’re here, I can see that the lads have formed a strong camaraderie. This makes me delighted to be here. Just becoming a part of this team excites me because with any group comes the creation of memories. Wee’ll surely want to create some nice ones,” he said.