“Big Plans In January At The Emirates”, Arsenal Has Planned 4 Huge Signings In The January Transfer Window 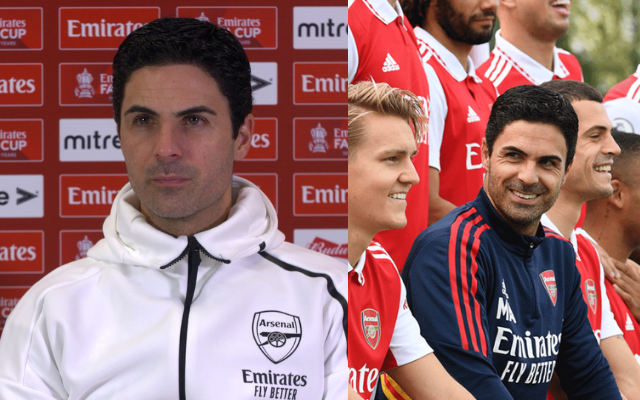 90min says that Arsenal is ready to spend a lot of money again in January as Mikel Arteta looks to strengthen key areas. The Gunners are at the top of the Premier League standings. They want to add players to improve their chances of winning the title.

Mikel Arteta doesn’t seem surprised by the rise of Arsenal. Many people still don’t understand how the Gunners could be a threat to Manchester City for the Premier League title. But their manager is already thinking about how to improve the team.

The people in charge at Arsenal are still aware that they need to bring in players to improve the team. There is a good chance that a team will win the Premier League title for the first time since 2003/04. So, the big team in north London don’t want to miss the chance.

Arsenal is also working behind the scenes to keep hold of key people who have helped them get where they are now. They are ready to give Edu Gaspar a new contract to keep him from going to another club. After signing Arteta to a new deal, the next step would be to add more players to the team.

What will Arsenal do?

Arteta is looking for new players to fill important roles. As their ties to Palmeiras midfielder Danilo show, they need a central midfielder. Arsenal needs a good defensive midfielder to replace Thomas Partey because they don’t have enough of them.

At the same time, the team needs a new wide attacker badly. Arsenal has been linked to several famous players. Yeremy Pino of Villarreal and Cody Gakpo of PSV Eindhoven are also on their list. Mykhaylo Mudryk of Shakhtar Donetsk is also high on their list.

Lastly, if Eddie Nketiah’s performance doesn’t improve by January, Arteta could look for a new striker. Gabriel Jesus has been in charge of the line for a large part of the time. The Arsenal manager would want the Brazilian player to have a lot of competition.

Players for those positions would cost a lot of money. Arteta’s goal is said to have the support of Arsenal’s owners. Adding players would be a big sign of intent, just like the team’s win over Chelsea on the road on Sunday.

When William Saliba came back to Arsenal in the summer from his loan at Marseille, it gave Mikel Arteta a tough decision to make in the back line. The Frenchman was great in Ligue 1 last year, but Arteta already had two very good center-backs in Ben White and Gabriel Magalhes. Last season, when Arsenal came in fifth, they were the first choice. So Saliba’s return threw a wrench in the works.

Last season, Arsenal’s defensive line had a clear pattern: the left-back was free to attack, and the right-back would stay close to the middle to make sure the team didn’t get caught off guard. Takehiro Tomiyasu came from Bologna last year to play right back. When healthy, he did a great job. But an injury near the end of the season meant that the Japanese defender could only make 20 Premier League starts.

ALSO READ: Journalist Claims Reiss Nelson Made This Bold Prediction About Bukayo Saka In 2018 Which Has Come True