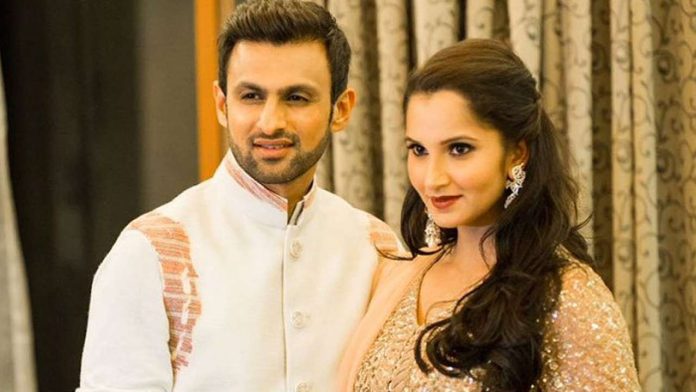 Sania Mirza and Shoaib Malik have major issues!! A wedding which in it’s time redefined the gap between two nations. A wedding which signified that love indeed knows no boundaries. And a wedding that was thought to be the start of something beautiful. Something special in terms of relationships between India and Pakistan has finally broken.

Former Pakistan cricketer Shoaib Malik, and Indian tennis superstar Sania Mirza, popularly known as Shonia, have all but separated from each other. They were married for 12 years and also have a son together.

The divorce was made official in the recent days, if reports were to be believed. However, the trouble was brewing in paradise well before the culmination of the separation. If the sources are to be believed, the couple have been living separately. This is going on since a very long time now. They have been maintaining their distances from each other as well.

The Real Reason Why This Sania Mirza-Shoaib Malik Relationship Is Done?

While there is no official reason as to why the couple decided to go their own separate ways, reports in Pakistan sensationally claim that Sania caught Malik cheating on her at the sets of a TV show. This is when she decided that she had enough.
A source close to both sides also took to Twitter to confirm the split between the two. The couple married in 2010 in a rather splendid ceremony. However, their wedding was also in the spotlight for the wrong reasons. A woman named Ayesha Siddiqui claimed that she was Malik’s first wife, having married her way back in 2002. Is This A Habit Of The Former Pakistani Cricketer That Is Haunting His Latest Wife; She Should Have Known Better?

To supplant her claim, she claimed that she has clips of their marriage as well as the bedsheets in which they had their consummated the marriage. She accused Malik of marrying Mirza without divorcing her. While Malik vehemently denied the fact that he had married earlier, behind the scenes he was claimed to have divorced Ayesha and also given her a handsome amount as alimony, which amounted to around 15cr INR.
While it was not very clear that something was amiss in their marriage, with the press always calling them an ideal couple, Sania Mirza posted a couple of rather cryptic images on Instagram which fuelled speculation of a rift between the two. Now that they have officially separated, their focus is firmly on co-parenting their son Izhaan Mirza Malik, and both are focused on bringing him up with “all their heart”.
In addition to this, they have also reported to have agreed to jointly host a talk show called “The Mirza Malik Show”.  Whether that goes ahead or remains a pipe dream remains to be seen. For now, all we can say is that things aren’t the best between the pair. And they will want to sort things out soon.
Only time will tell how things develop from here now. We wish the couple the very best and hope they find a solution to their problems.
Share
Facebook
Twitter
Pinterest
WhatsApp
Previous articleT20 World Cup 2022: Ben Stokes Has Silenced His Critics Post Twitter Incident
Next articleT20 World Cup: Pakistani Fan Trolls Team India; Gets Apt Response