“We Will Get Him Soon”, Arsenal Has A Very Good Chance Of Signing The €24.2M Rated Tottenham Target 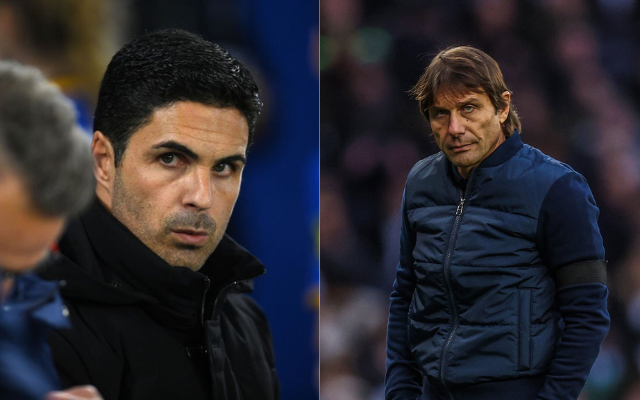 Arsenal Newsnow: Evan Ndicka has been mentioned as a possible new addition for both Arsenal and Tottenham Hotspur. It was claimed in early January [Frankfurter Rundschau], as published by HITC Sport, that the two North London clubs had been offered his services. But a reporter from the German publication Bild has some new information.

Christian Falk said that Arsenal has a “really strong chance” of signing the towering defender in an interview with Give Me Sport. Despite Tottenham’s severe need for reinforcements in this area, the Gunners seem to have a better chance of signing the Eintracht Frankfurt star forward, who is out of contract this summer.

Spurs, as seen by their 4-2 away loss to Manchester City this week, are in serious need of reinforcements. Clement Lenglet’s defensive mishap almost cost the Lilywhites the fourth goal that Hugo Lloris snatched out of the air to prevent a goal. Antonio Conte must be tearing his hair out. Spurs, though, have been partly to blame for their own troubles. They have required stronger central defenders for years. The Gunners are leading the Premier League by a comfortable margin. Defenders William Saliba and Gabriel have been outstanding.

However, if they added someone of Ndicka’s calibre, they would immediately become much more well-rounded. Declan Rice, captain of West Ham, is considering a summer transfer to Arsenal to play under Mikel Arteta. He has a role mapped out for him in the club. As time goes on, Arsenal feels more and more certain that they will be able to beat Chelsea to the signing of Rice. As West Ham fights relegation this season, the midfielder is expected to quit the club in search of Champions League experience.

There has been speculation that Rice, who left Chelsea’s academy when he was 14, may one day return to his former team. Arteta, on the other hand, is a big admirer of one of Europe’s top defensive midfielders, Declan Rice. Arsenal is starting to seem like the favourite to sign him. It’s likely that Manchester United will enter the bidding for the 24-year-old as well.

What’s net for the Gunners?

West Ham is targeting a sale price of over £100 million for Rice. This would make him the most expensive British player ever. West Ham may have to settle for a price of around £80 million for the England international since his contract continues through the summer of 2024 with the possibility of an extra year.

Jakub Kiwior’s agent: “Just before New Year, he had a phone conversation with Mikel Arteta discussing many details… he was enchanted”, tells @Meczykipl ⚪️🔴 #AFC

“Jakub will sign on Monday/Tuesday for Arsenal — he will be in VIP Box for the game vs United”. pic.twitter.com/Qjf5BCJm73

Arsenal is confident that they can stave off interest from Chelsea. They were beaten to the acquisition of Shakhtar Donetsk’s Mykhailo Mudryk for £70 million last week. Moreover, with Arteta at the helm, Rice is excited by the idea of making the switch to the Emirates Stadium. He’s witnessed Arteta transform Arsenal into a Premier League contender this season. He’s sure that the Spaniard can help him improve as a midfielder under his tutelage.

After failing to get Mudryk, Arteta bolstered his offensive options by bringing in Leandro Trossard from Brighton. He s close to acquiring Jakub Kiwior from Spezia to bolster his defensive options.