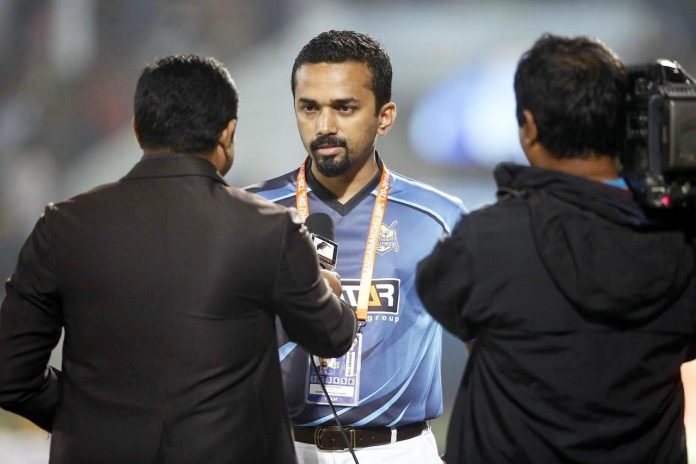 The outbreak across the globe has been preventing global sports. During this time, we sat down to have a chat with Syed Yasir Alam. Mr Alam is the COO of one of the best teams in the Bangladesh Premier League, the Chattogram Challengers. He gave us his valuable time and his deep insights were quite informative.

Below is the complete conversation that we had with him-

Q. Your franchise and players are sharing awareness about COVID 19. What message do you want to share for fighting against COVID 19?

A. Well, first this is we as players and sports Organisers are basically entertainers. We have been seeing people from different areas are contributing with money and food for the mass people. But we found a gap in it which is sharing knowledge or awareness. So our owner thought that it’s very easy for us to reach the mass people as we all know they all are big fans of cricket. As Chattogram Challengers is a popular and one of the top teams from last BPL T20 tournament and also most players we have are both famous locally and internationally so we came up with this awareness program in social media.

Our goal is to send a simple message to the mass people to stay home, stay clean and stay safe. Which is the basic demand to prevent this virus and most people are not taking it seriously!!

Q. Chattogram Challengers played like champions throughout the whole tournament. What’re your thoughts on your team performances of this season and the semi-final loss?

A. Well, first of all, we are completely satisfied with the whole team. We build a family, build trust in each other, there was energy in everyone and the players were hungry to perform. Yes, we lost in the semifinal but we do not regret cause anything can happen during games. As you have seen the game just changed in one over and it was almost impossible for the opponent team but eventually, the won the game.

Q. What’s your view on the Universe Boss (Chris Gayle). How important is he for your team?

A. His name is the answer actually. When your team is performing and did the job to make sure you are through to the semifinals and the. You have the universe boss opening for you is obviously gonna give you more confidence towards the cup and yes he did perform really outstanding.

Q. What’s was going through your mind and owner mind before the auction?

A. We wanted to have a balanced team, we did work on some names and list.

Q. Paul Nixon Is head coach of the team. How much ur team benefitted after you joined him as a coach?

A. I and Paul have known each other since late 2012. I have known him through another friend of mine Nial o Brien. Since I have known him I always wanted to bring him to Bangladesh for BPL. I had full confidence in him, he has a successful history as a coach in the T20 arena. So finally I could bring him this year for our team. And yes he is an energetic person, great personality and skilled coach.

Q. Do you think that the BPL is playing a very good role for local young talents? What message do you want to give to youngsters who take up cricket as a profession?

A. Yes, I do. Well, I have never played professional cricket. I’m an expert in team management. What I see is all successful players have succeeded through hard work and patience. If a player works hard and keeps the patience he will find his way to success

Q. As a COO of a team how you motivate your players for every match?

I am very much friendly with the players and I think it’s very important. They are international players. Motivation is something comes from the heart and we tried to give them comfort in everywhere. Mostly after losing a game, the management didn’t let them feel like they lost or make something feel likes it was his mistake or this and that. We never talked about anything negative. I think that’s where the motivation comes from.