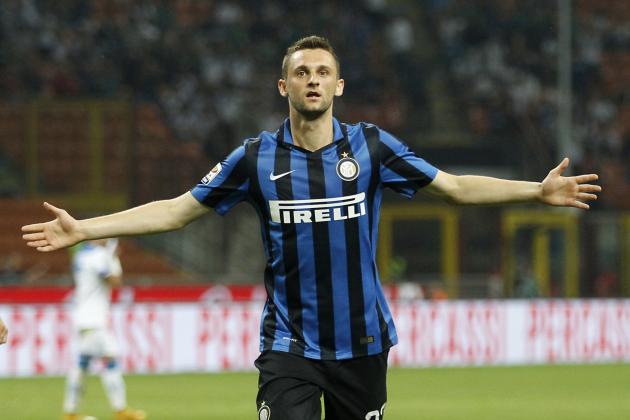 According to reports, Marcelo’s agent has now revealed that Premier League giants Chelsea and Arsenal are the two clubs who are interested in signing the midfielder in the current transfer window, as all top English clubs look to reinforce their squad. The 23-year-old superstar had joined Serie A giants Inter Milan on a 18-month loan deal last January, and he has agreed permanent terms earlier this year after impressing in Italy. The Croatian international has now been linked with a possible move away from the San Siro all summer long and Inter Milan are also happy to offload the midfielder, as they look to cash in on their priced possession who is not really needed at the club at the moment.

“It’s true, there are many options and we are talking about some big European clubs,” Bicanic told a Croatian outlet recently, with links about his potential move to England going around.

“I heard that Chelsea representatives are in Milan and that Arsenal are also prepared to sign him.”

Despite that, there are further more rumours that the player could remain at Zagreb, which might also be true.

Both the London based clubs are quite keen on adding him to their current squad in order to reinforce it. It will be quite interesting to see which club eventually gets to sign him as the end of the transfer market is nearly upon us.

What happens in the upcoming days remains to be seen, as the English duo will make their move prior to the closing of the current transfer window.

ABOUT US
Beyond The Posts is a US-based website which focuses on the big stories currently circulating across the globe. The aim of this website is to share multiple opinions with the audiences and the readers, which can co-exist in society.
Contact us: [email protected]ndtheposts.net
FOLLOW US
Developed By Right Softwarewala

All You Need To Know About Arsenal’s Clash Against Tottenham, With...