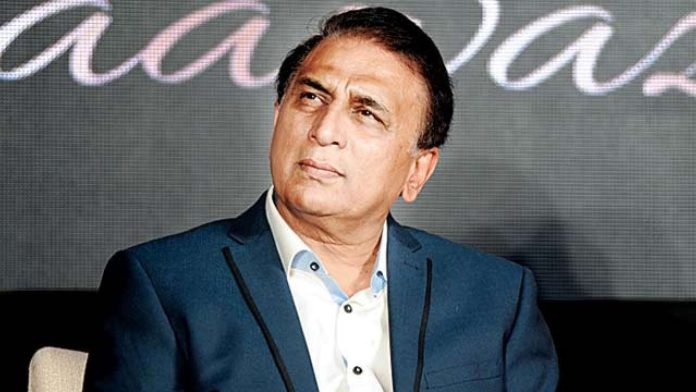 The Sunil Gavaskar Controversy- Royal Challengers Bangalore faced a heavy defeat against Kings XI Punjab in their second game in the IPL at Abu Dhabi. Virat Kohli’s men lost by 97 runs which it the worst defeat so far in this year’s tournament. The RCB captain had a poor day in the field dropping KL Rahul’s catch twice in the last stage of Punjab’s innings, who went on to make an unbeaten 132, helping KXIP post a total of 206 for three in 20 overs. Kohli himself got out to West Indian quickie Sheldon Cottrel after managing to score only a run, which made it almost impossible for his team to chase down that huge total.

Indian cricket legend Sunil Gavaskar was in the commentary duty during the game. That is where he made some comment when discussing Kohli’s form after the lockdown. Gavaskar sarcastically said the Indian captain might have only practised cricket with his wife Anushka Sharma during that phase at home.

The Remark That Went Viral By Trollers

Hope you have heard the complete commentary first hand before making such a disgusting statement… pic.twitter.com/Hax4TvU01Q

Fans started protesting tweeting, Gavaskar should not involve further in the IPL commentary after his double meaning words on the Indian captain. Gavaskar also criticized Kohli’s captaincy tactics as RCB conceded 74 runs in the last four overs, where he missed Rahul’s catch twice. Kohli also got a fine of rs twelve lakhs for slow over rate during the first innings.

What Sunil Gavaskar Further Added About The Overall Performance

“Well, it certainly seems to be the case as far as his tactics were concerned in the last four overs because he just dropped KL Rahul in the 70s and the 80s and that may have stayed on his mind.”

“So when it came to the last four overs, he was not sure who should be bowling them. You don’t want to go for 49 runs in the last two overs. That is a big difference. At the end of the day, they almost lost by 100 runs, that’s another matter. If it had been a matter of chasing 185-190, it would have been a completely different situation. But there you are, in cricket, that’s what happens.

What Virat Kohli Said After The Game?

Kohli stood up front after the game saying he is the one who should be blamed for the defeat. Had he not dropped the catch of KL Rahul, the situation would have been different in the second innings.

“I have to stand in front and take the brunt of it, not the best day in the office, couple of important chances of KL when he was set and that cost us 35-40 runs at a later stage. Maybe if we restricted them to 180, we would not have been under pressure from ball one of the chase.”

“We know exactly where we went wrong and I have to put my hand up and say a couple of important changes went down. There are days when this kind of things happen on the field, they happen and we have to accept them.”

“We have had a good game (against Sunrisers Hyderabad), we have had a bad game and now it is time to move on and learn from the mistakes we made.”

Anushka Sharma was quick to slam the former Indian cricketer. Below is her entire comment on the same.

The comment was initially pointed out to be sexiest by many news platforms. How irresponsible!!

The Netizens have slowly realized that they have messed up. Sunil Gavaskar did not say anything wrong. The only wrong that he did is that he could have avoided mentioning Anushka Sharma in the content while commentating. That is something that he may want to change now. If he wants to stay away from controversy, that is.