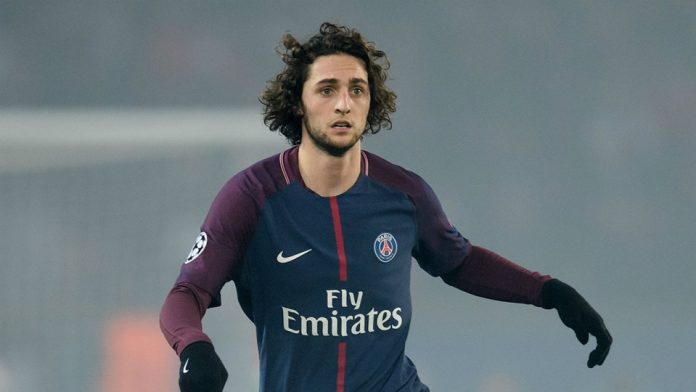 The Premier League trio of Arsenal, Chelsea and Liverpool were dealt a massive blow by Paris Saint Germain superstar Adrien Rabiot as he is now set to extend his contract to remain with the Ligue 1 giants. Along with these Premier League side’s La Liga giants, Barcelona was also interested in signing Rabiot in the winter transfer window.

Liverpool is currently going great guns in the Premier League as they sit 2nd on the table but level on points with champions Manchester City. Without the front three still firing, Jurgen Klopp is aware that he cannot rely on just his attackers to win him games but also get in midfield re-enforcements to bolster his squad.

The German boss signed Naby Keita and Fabinho in this summer transfer window but the Guinea international has not yet hit the ground running while the Brazilian Fabinho has barely been given any minutes. Liverpool is still looking to sign a quality midfielder who can control the tempo of the game and also provide those killer passes in the final third.

Chelsea was also keen on signing a midfielder to partner Jorginho as Real Madrid have the option to bring back midfielder Mateo Kovacic from loan next summer. Although the Croatian has been excellent so far for Chelsea, Madrid is struggling at the moment and could his loan spell short until the January transfer window itself.

This could leave the Blues short in the chase for their title run if Kovacic leaves Stamford Bridge sooner or later. Chelsea manager Maurizio Sarri is aware of the midfield situation with Ross Barkley being injury prone and the Italian wanted to lure in a top class midfielder on a permanent basis to allow N’golo Kante to play as a box to box midfielder.

Even north London side Arsenal were keen on signing a top class midfielder who could partner Uruguayan superstar Lucas Torreira at the base of the midfield while Mesut Ozil is allowed the freedom to play that killer passes in the attacking third. But Unai Emery’s plans have been put on hold at the moment as his Arsenal side has managed to go ten games winning on the trot.

With the loss of Andres Iniesta in the summer, Barcelona signed a number of midfielders to fill in the void for the legendary Spaniard, but still had their eyes set on Adrien Rabiot from PSG. The three Premier League clubs were also keen on Rabiot but it seems that the French midfielder will remain at the Parc Des Princes for the near future.

Before the arrival of new manager Thomas Tuchel in the summer, Rabiot was tipped to leave the French champions in order to receive more football elsewhere. But according to the latest reports, the German boss has convinced the 23-year-old to remain in the French capital despite interest from several suitors across the European continent. Rabiot is now set to sign a contract extension with the Parisians which will tie him down to the club for another three years.