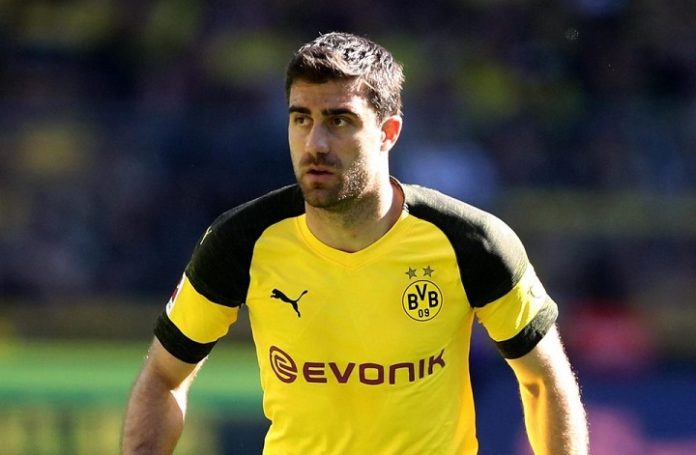 Arsenal have completed their third signing of this summer transfer window as Sokratis Papadopoulos has agreed to join the Gunners. The Gunners have done a real good business in this summer transfer window as they are looking to strengthen their side to compete for the top four positions in the Premier League in the next season. Unai Emery has become the new manager of the Gunners after Arsene Wenger and he is trying to build a rock solid team for the next season.

It was one of the reasons of their downfall in recent years. Unai Emery has been trying to reconstruct the defensive unit of the Gunners since the day of his arrival. At first, the Gunners have signed the Swiss right back Stephan Lichtsteiner in this summer transfer window from Juventus.

The 30 year old Greece National side defender Sokratis Papadopoulos is great in ground duels, aerial duels and tackling. He will be a man to fear in the defense of the Gunners for the opponent sides. The Greek national side defender has played 30 matches for Borussia Dortmund in the previous season in Bundesliga. The defender has also scored 2 goals in those appearances for the German club too.

Sokratis Papadopoulos was an integral part of the squad of Borussia Dortmund in last few seasons. The veteran defender has the experience of playing in the big stage. He has been used to with playing against top strikers in the World. So, it will not be a problem for him to deal with the Premier League strikers.

The signing of Sokratis Papadopoulos will surely strengthen the defense of the Gunners. Now, the Gunners will surely fight for the top four positions in the Premier League in the next season. Unai Emery is starting to build a great squad and he is going as per his plan in this summer transfer window.

The players who were in the top of his wishlist in this summer transfer window, he is getting them and the club management are doing a great job to provide all possible support to the manager. Maybe this is going to be a beginning of a new era at the Emirates.