According to the latest reports, Premier League side Arsenal has reportedly found a replacement for key playmaker Mesut Ozil in the form of Bayer Leverkusen midfielder Kai Havertz in the summer transfer window. The German star has reportedly fallen out with Arsenal boss Unai Emery and is almost set to leave the club in the summer after being dropped from the squad.

Emery has made a stamp of authority on Arsenal and he has managed to take this team as far as possible with the players at his disposal. Almost every signing that the Spaniard made in the summer has made a positive start to life at Arsenal barring Stephan Lichtsteiner. However, Emery is also making quite a statement by ticking off players that are not in his plans. Aaron Ramsey was the latest player who wasn’t offered a contract extension at the Emirates as the Welshman confirmed that he will be joining Serie A champions Juventus in the summer.

But one player who Arsenal fans are not willing to let go soon is key midfielder Mesut Ozil, who has helped the club end their trophy drought since arriving back in 2013. But the German star has been in the headlines for all the apprehensive reasons over the recent past. Ozil quit playing for the German national side last year after a row of racist remarks made on the midfielder. And now at Arsenal, the attacking midfielder has been kept out of the starting eleven and even out of the squad at times because of Emery’s tactical reasons.

In fact, Arsenal allowed Ozil to leave in the January transfer window but the former Real Madrid man decided to remain at the club and fight for his place. Barring last night’s Europa League game, Ozil played just 75 minutes this whole year for Arsenal even though he was deemed fit to play. Considering Ozil’s ability, skill and passing range in the attacking third to dictate a game, he has the aura to walk into almost any team in Europe and start the game. Ozil’s wage rate is also a big problem for Arsenal as the club is shelling out a massive £350,000 a week deal on Ozil, who is not playing regular football. 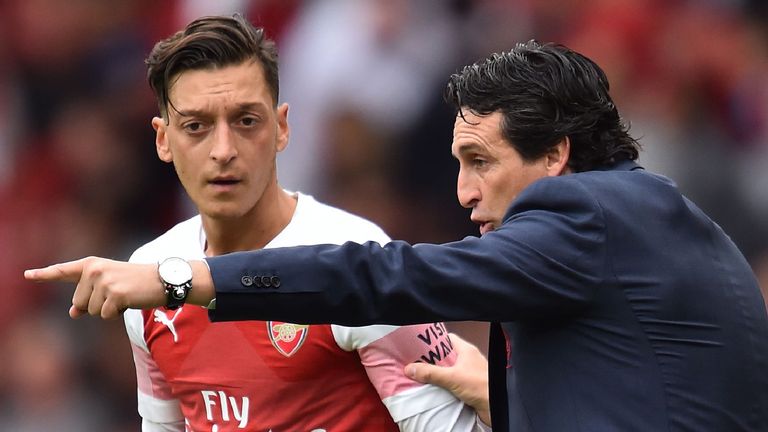 With Emery’s decision to snub Ozil, the 30-year-old could look to move elsewhere and play, Arsenal are looking to find a replacement for the midfield maestro. The North London giants have lined up a move for 19 year old star midfielder from Bayer Leverkusen Kai Havertz.

The midfielder has been attracting interest from La Liga giants Real Madrid and Barcelona due to his impressive performances in the Bundesliga. Arsenal will have to fend off competition from the European giants in order to sign Havertz. The teenage star has netted 12 times and notched up two assists as well in all competitions this season.