Arsenal have been excellent under their new manager Unai Emery as the Gunners hold a 22 match unbeaten record under the Spaniard. Not many people thought that Arsenal’s transition from the Arsene Wenger era will happen so swiftly. Emery has been pretty spot on with his signings in the summer as well. The Spanish tactician is gradually building a side which can challenge the big boys like Manchester City, Liverpool etc for the Premier League title in a season or two.

Currently, the Gunners look like securing a top-four finish in the league and going deep in the Europa League, a league which Emery has a lot of experience in winning during his time with Sevilla.

However, with everything that is going on well at the Emirates, there is always room for improvement for the Londoners. One those improvements could come in form of securing Everton’s star youngster Ademola Lookman. The England U21 international has impressed with his abilities and he is someone whom the Toffees will not allow to leave easily.

The player has failed to make the starting lineup for Everton with only a single start in the league campaign, the 21-year old has also appeared 10 times from the bench. Marco Silva has a lot of option on the wide region and Lookman is not at the top of his list. But at the current moment, the England U21 needs more game time to develop as a star player for both club and country.

Lookman has already proven his mettle in his loan stint away at Bundesliga for RB Leipzig as he netted 5 goals in 11 appearances for the Die Rotten Bullen. RB Leipzig tried their best to get hold of the player and tie him down on a permanent deal for the Die Bullen but the Toffees were completely against losing their prized possession and one of their brightest prospects in the coming years.

Lookman needs to understand that with appearances from the bench and hardly any game time he is going nowhere from where he left. He needs a change and that change can come here in London at the Emirates. Arsenal do have some departures lined up, with some happening in January and with Lookman’s versatility he can be a long-term fix for coach Unai Emery. Lookman who primarily plays on the flanks can slot in at the number 10 role with ease and with his youthful exuberance, pace, and silky footwork, Arsenal can have a future star on their hands right here. 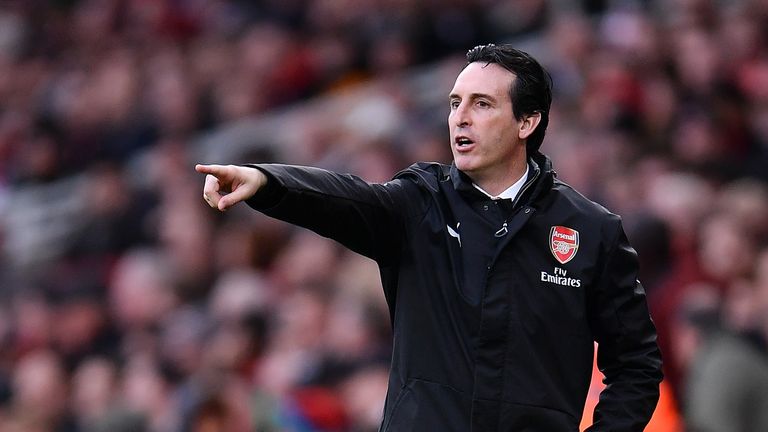 However luring him away from Goodison Park will be a tough task for the Gunners and Unai Emery and Sven Mislintat should put extra effort into cracking this code and bringing him at the Emirates.

Plus, Danny Welbeck’s injury concern and his inconsistent form has been a problem for Arsenal over the years and the current Arsenal boss has considered selling the former Manchester United man. Welbeck suffered a serious blow in their Europa League match against Sporting and after medical reports suggested that the 28-year old has suffered a serious injury on his ankle and will be sidelined for a long period of time. Hence, Lookman can be a great addition to the squad, he is young and desperate to learn and with players like Alexandre Lacazette and Pierre Emerick Aubameyang guiding him the England U21 star will only get better from here on.

Now only time will tell whether the Gunners boss, Unai Emery be ever interested in Ademola Lookman, who has all the attributes to flourish at the Emirates.