According to the latest reports, Arsenal superstar Joe Willock has signed a new long term contract with the North London giants after an impressive start to the new season. The 20-year-old midfielder has started the first three Premier League games for Arsenal and the Gunners are glad to tie down young Willock at the Emirates for a long time.

Arsenal has had a relatively decent start to the new season as Unai Emery’s side managed to win their first two games showcasing that his new-look team is ready to push for another attempt to get into the top four. Last season, Arsenal narrowly missed out on a Champions League berth and finished runners up in the Europa League as well which caused the Arsenal faithful to beg for some caring at the club from the owners. 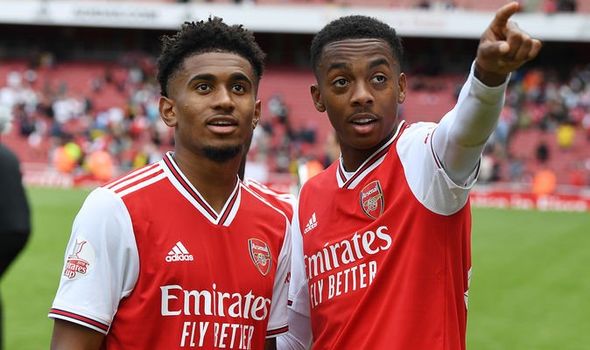 This summer transfer window Arsenal did make the transfers which were required as they got rid of most of the deadwood at the club for new arrivals. Kieran Tierney and David Luiz were recruited from Celtic and Chelsea respectively while Dani Ceballos was got on loan from Real Madrid. The big-name signing was Ivorian forward Nicolas Pepe as Arsenal broke the bank to make the 24-year-old the club’s record signing from Lille.

Arsenal though was brought back to earth by a 3-1 loss at Anfield against Jurgen Klopp’s Liverpool and they earned a crucial draw against local North London rivals Tottenham Hotspur in a 2-2 in the derby.  With seven points out of a possible 12 so far, Arsenal looks the part to push for a Champions League spot this season. And things have been going well so far for young midfielder Joe Willock as he signed a new long term contract with the Gunners. 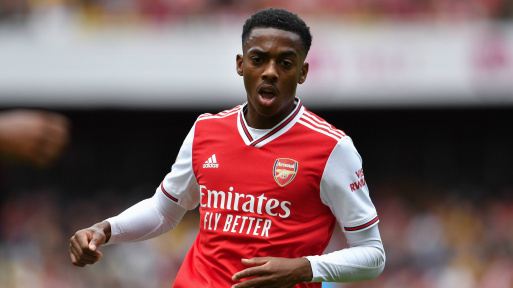 The 20-year-old talented midfielder has looked promising in the early parts of the season and could play on either side of the midfield including the centre. Spanish boss Unai Emery has admitted that Willock has shown tremendous progress and the 47-year-old is delighted that the midfielder has signed his new deal. Emery also added that he wanted to help Willock develop to his full potential, “Joe has progressed a lot in the last year. He is technically strong and has shown the confidence to take responsibility and play his game whatever the occasion or opposition. I am looking forward to working with to help him develop further and fulfil his potential.”

Even Arsenal’s technical director was happy that Willock signed a new deal and congratulated the Englishman, “We are delighted that Joe has committed his long-term future to us. The hard work of the academy coaches and staff, Joe, his family and everyone behind the scenes has been key to the development of his potential. Bringing young players through to the first team from the academy is an important part of our approach and Joe’s progression is a good example of how we want to work in the future. Joe has shown hard work and determination to get this far. He is continuing to develop and we look forward to him making a big contribution to the club.”