ATK edged past Bengaluru FC to go to the top of the table in Hero Indian Super League on the special evening of Christmas. ATK has collected 18 points in 10 matches so far. They were not getting the much-required win in the last few matches. After losing against Goa by a close margin of 2-1, ATK managed to get only one point against Hyderabad FC in the away match. So, the win against Bengaluru FC will certainly boost their confidence level up for the next few games.

On the other hand, it was a hard defeat to digest for Bengaluru FC. They also had the chance to go to the top of the table, but they failed to do so. The manager of ATK, Antonio Habas again fielded his side with a formation of 3-5-2. Arindam Bhattacharya was under the bars for ATK in this match. Pritam Kotal, Agus and Sumit Rathi were playing as three centre backs. Prabir Das and Michael Soosairaj were deployed as two wingbacks. Jayesh Rane, Mandi and Javi Hernandez were playing as the central midfielders. The pair of Roy Krishna and David Williams were leading the attacking line of ATK from the front.

Bengaluru FC went with their usual 4-2-3-1 formation. Gurpreet Singh Sandhu was there under the bars for the away side. Rahul Bheke and Raphael Augusto were playing as two side-backs. The pair of Juanan and Alberto Serran were there in the central defence of Bengaluru FC. 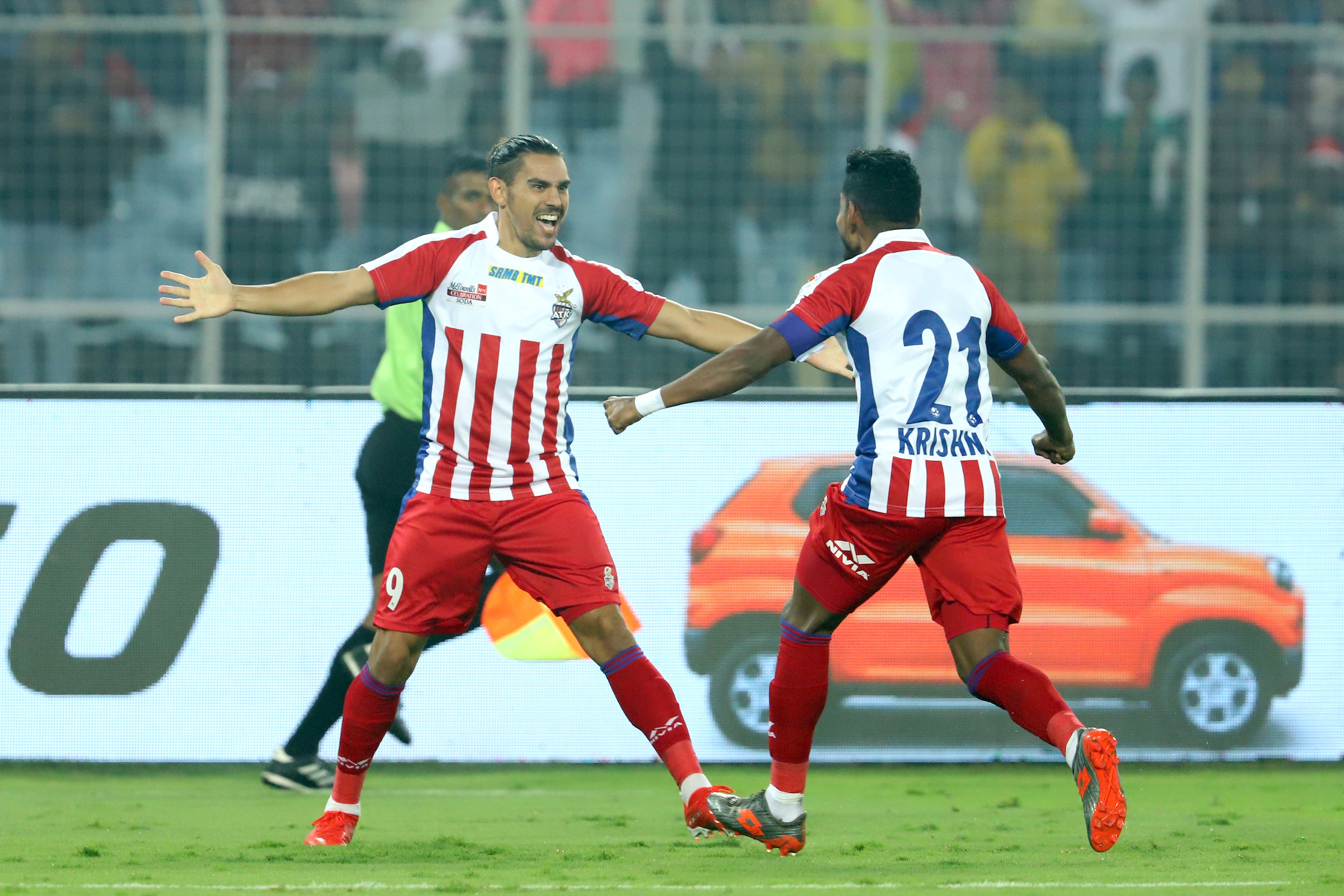 Dimas Delgado and Erik Paartalu were there in the central defensive midfield of the away side. Nishu Kumar and Udanta Singh were deployed at both wings. Harmonjit Singh Khabra was there just behind Sunil Chhetri who was playing as the lone striker.

In the first half, Pritam Kotal was booked for a bad foul. Both the teams failed to create any clear cut chances in the first 45 minutes of the match. Bengaluru FC was the better side in the field as they were having the ball possession in their control. ATK were applying their counter-attacking approach in the first half and it ended with a scoreline of 0-0.

In the second half, ATK got the much-needed goal at the 47th minute. David Williams scored his fifth goal of the campaign and perhaps it was the most important one. The pass was provided by Jayesh Rane. Mandi was booked at the 53rd minute of the match. Rahul Bheke was taken off at the 60th minute and Ashique Kuruniyan was brought in to provide more attacking impulses. However, he was shown a yellow card for arguing a few minutes later. Agus was also booked at the 69th minute of the match.

Haokip came in the field for Bengaluru FC in place of Raphael Augusto. ATK showed the compactness in the defence and they were able to protect the lead after the end of 90 minutes. The match ended with a scoreline of 1-0 in favour of ATK. Now, Antonio Habas’ side will be looking forward to the result of the match between Chennaiyin FC and FC Goa tomorrow.