According to the latest reports, La Liga giants Barcelona are keen on signing Arsenal superstar Nacho Monreal in the upcoming summer transfer window. The Catalonians are looking for a backup option for Jordi Alba at left back and have identified the Gunners defender as a potential option as his contract with Arsenal expires at the end of this season.

Ever since Unai Emery took charge of Arsenal football club back in the summer of 2018, he has done quite an incredible job by replacing the legendary Arsene Wenger. Wenger was at the helm for 22 long years at Arsenal and won several major honors during his time.

The 69-year-old won three Premier League titles and seven FA Cups as well, Wenger also got Arsenal competing again as his philosophy was put into practice and the results were showing. However, during the last few years of his rein Wenger’s philosophy became somewhat outdated as the younger generation of managers was able to outwit and out-think the veteran. Even the Arsenal faithful grew tired of Wenger’s boring and stale football as the club was not moving forward. 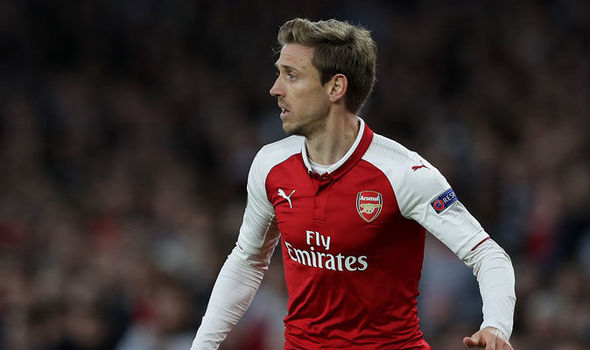 With the club crying out for a new head coach, Emery stepped in after Wenger’s resignation and the Spaniard has breathed fresh and new life into the club. The 47-year-old manager has embedded his philosophy into the club and helped Arsenal to third place on the League table at the moment with six games remaining until the end of the season. The Gunners are also in the quarterfinals of the Europa League and have a strong chance of winning the tournament as well.

Emery also took Arsenal on a 22 game unbeaten streak across all competitions earlier in the season and Arsenal are now looking solid to finish inside the top 4. Emery has also decided on a few players that will leave the club and has made some bold decisions since his appointment. Aaron Ramsey’s contract will expire at the end of the season and the Welshman will join Juventus, earlier this term, Jack Wilshere was also told that he would not be part of Emery’s plans. Another player who is entering the final few months of his time at Arsenal is Spanish left-back Nacho Monreal. The 33-year-old defender has spent six and a half years with the North London outfit and although his contract could be extended, he may look to exit from the Emirates. Barcelona is monitoring the situation for the veteran full back as he could be used as a backup option for Jordi Alba at the Camp Nou. Monreal is also capable of playing in a center-back role and his versatility is something that Barcelona can do within their squad.

However, considering how valuable Monreal has been for Arsenal this season, there is also a possibility that Arsenal may extend his contract. Monreal has played 17 Premier League games this season and has looked reasonably solid in the left-back zone. Sead Kolasinac is also pushing Monreal for a starting berth but the latter is much better when it comes to the defensive side of the game.

Emmanuel Petit’s Desperate Cry Was Ignored By Arsenal; Is The Board...