Bengaluru FC have edged past ATK in the first leg of the Semifinal of Indian Super League this season. ATK will certainly be disappointed as they have not been able to score an away goal in this match. They have been the better side in the field for most of the time in the pitch.

The manager of Bengaluru FC, Carlos Cuadrat has fielded his side with a formation of 3-5-2. Rahul Bheke, Juanan and Alberto Serran have been playing as three central defenders for Bengaluru FC. Gurpreet Singh Sandhu has been there as the goalkeeper of the home side. Nishu Kumar and Harmonjot Singh Khabra have been deployed as two wing-backs. Suresh Wangjam, Erik Paartalu and Dimas Delgado have been playing as three central midfielders. Deshorn Brown and Sunil Chhetri have been deployed as two centre forwards in this match. 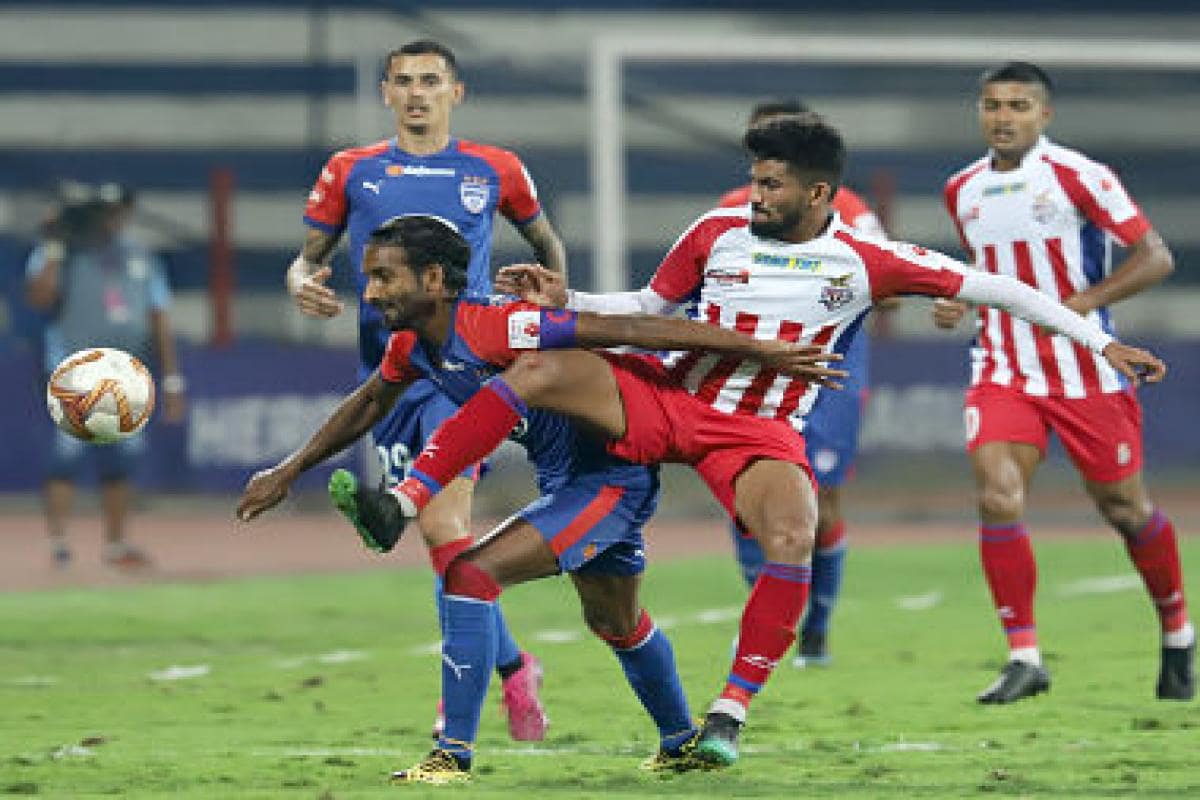 It has been a tactical battle between two good managers. ATK have tried to implement their counter-attacking strategy again in this match. David Williams has netted the ball once in the first half. However, the goal has been cancelled by the referee and there has been a handball during the build-up process. Deshorn Brown has scored the first goal of the match for Bengaluru FC at the 31st minute of the match. After conceding the goal, ATK have tried a lot to get the equaliser. However, they have failed to convert their opportunities into Goal in the first half of the match. The first half has ended with a scoreline of 1-0 in favour of Bengaluru FC. 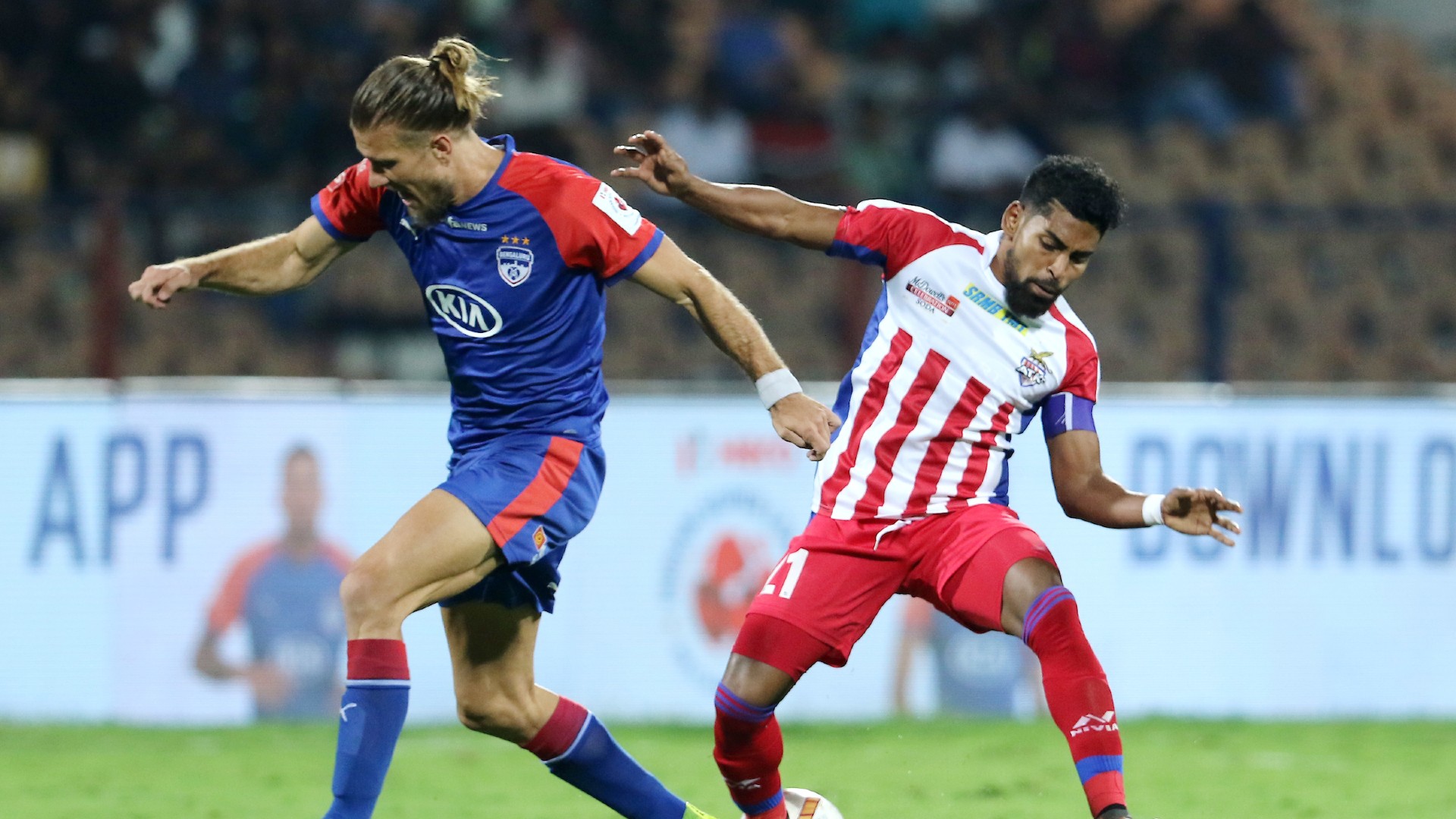 However, the defensive unit of Bengaluru FC have stayed strong until the end of 90 minutes. The match has ended with a scoreline of 1-0 in favour of Bengaluru FC. ATK will now play at their home ground in the next week. The aggregate scoreline of two legs will decide the winner who will qualify for the Final of Indian Super League this season.

Match Report: NorthEast United 2-2 FC Goa; One Of The Best...