Royal Challengers Bangalore (RCB) has still not won any IPL trophy in these 13 years. However, with each season, the RCB fans’ hopes have increased. The team has always disappointed them in the latter half of the tournament. On paper, RCB looks to be a strong side, but they have not replicated that in their performance.

On most occasions, they over depend on Virat Kohli, AB de Villiers and Yuzvendra Chahal and that has hurt their chances. However, this season, RCB boasts a well-balanced squad.

The Karnataka batsman will continue to bat at the opening position for RCB. RCB bought him ahead of IPL 2020, at his base price of 20 Lakhs INR. The deal turned out to be highly beneficial for them as he had amassed 473 runs in 15 matches and turned out to be the leading run-scorer for RCB in IPL 2020. He has also scored loads of runs in the domestic tournament this year.

Mohammed Azharuddin is devastating to order batsman. It will not be fruitful if he bats down the order at number 6 or 7. The team management needs to back him at the number 3 position. RCB bought him for his base price at the auction this year. His 137 off 54 balls destructive innings against Mumbai in the Syed Mushtaq Ali trophy convinced the franchise to go for him.

RCB’s line up will not be complete without adding AB de Villiers in the playing XI. The Proteas batsman has been the vital cog in the RCB batting line up and he will continue batting at his preferred batting position at number 4. He can change his tempo whenever he wants and he will also continue keeping for RCB.

RCB should us him at the number 5 position. The Australian can take down any bowling attack in the world. However, he does need some balls before he gets going. So, not playing at number 5 will be a waste of money for RCB, as they bought him for a whopping price of 14 lakhs INR.

Sundar is now a regular part of the playing XI. He bowls important overs for the team. Many times, Kohli gives him the ball in the powerplay and he delivers economical overs for the team. Down the order, he can score useful runs for the team as he did in the recent Test series against England for Team India.

RCB has bought Daniel Sams from the Delhi Capitals. Last year in UAE, the Australian was not that much effective with the ball. However, this year in India, the pitches could suit him better. Also, he is a good lower-order hitter, as was seen this year in the Big Bash League. However, RCB needs to choose between him and Dan Christian. In all likelihood, Sams will get the nod over Christian.

Royal Challengers Bangalore has spent 15 crores INR to buy this Kiwi at the auction this year. The 7 feet 8 inches long fast bowler has had a remarkable last few months for New Zealand. He bowls a deadly bouncer and also move the ball both ways. Jamieson also plays devastating knock down the order, which prompted Gautam Gambhir to compare him with Andre Russell. 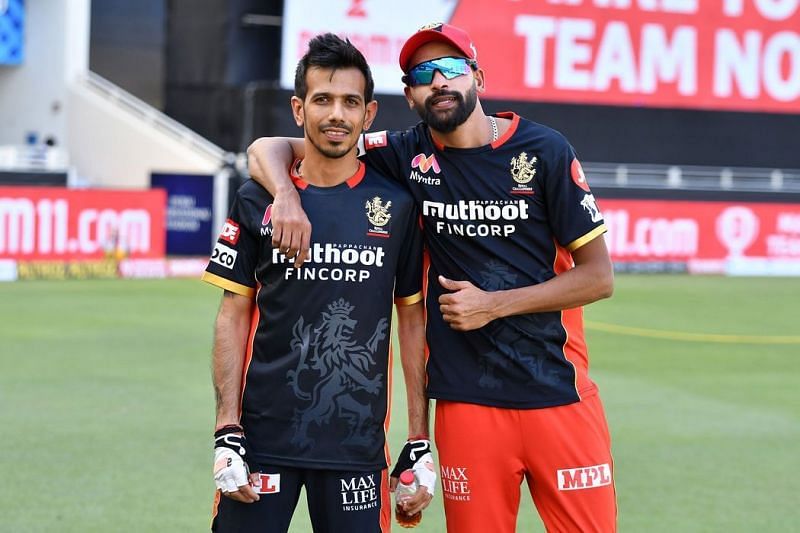 Chahal has been the main bowler for RCB in the last 5 years. He is Virat Kohli’s go-to man whenever RCB needs wickets. He has delivered match-winning performances for RCB. RCB will not play at the MA Chinnaswamy Stadium, Bangalore this year, which is ground with short boundaries. So, Chahal’s economy will get better.

Mohammed Siraj’s broke through in the Indian Test team due to his last year’s IPL performance. Siraj has made massive improvements in his bowling. His pace has increased and he is bowling in tight line and lengths. He bowled his heart out in the Test Series against Australia and was the leading pioneer for the historic Test win at the Gabba, where he returned with a 5-wicket haul. His new ball antics will prompt Kohli to give him 2 to 3 overs in the powerplay itself.

Saini has not had a great few months. The fast bowler made his Test debut in Australia in 2020 but has not put up an impressive performance. However, he has a lot of potential and the RCB team management along with Virat Kohli needs to support him this season.

Krunal Pandya Detained At Mumbai Airport; What Will Happen Next?