In the latest episode of SmackDown, Bray Wyatt revealed the latest design for his WWE Universal championship. There isn’t any drastic structural change in the design. Instead of red, the belt is now blue in colour. Bray Wyatt put on a magician’s costume in a Firefly Funhouse segment at the start of the show and poof, the title was revealed to have the same design and his nameplates on it, with the only change being the colour of the belt.

The alteration was probably made to fit the belt more into the SmackDown’s theme as it would seem odd to see a red belt in a blue brand. Prior to this, rumours were circulating that The Fiend might get his custom Universal Championship belt which would fit better with his character. Fans were pondering over it as WWE had set the bar pretty high for the custom belts with Daniel Bryan’s ‘eco-friendly’ WWE championship.

The belt doesn’t really look like something that could be defended at the main event of the pay-per-view. The design looks worse than its previous counterpart and it is difficult to take it seriously. In the times when other promotions like AEW and NJPW are introducing captivating designs for their world titles, WWE management is still stuck in the brand representation. WWE officials would be hoping that the fans would get used to the design as they did with the red Universal championship, but the promotion here is on very thin ice with its audience due to the competition.

Bray Wyatt won the Universal Championship in the main event of the Crown Jewel last month against Seth Rollins to become the 7th Universal champion in the history of the championship and as a result, the belt was brought into SmackDown. The writers then booked a storyline to get the WWE championship to Raw, so that both the top promotions would have a world title each. 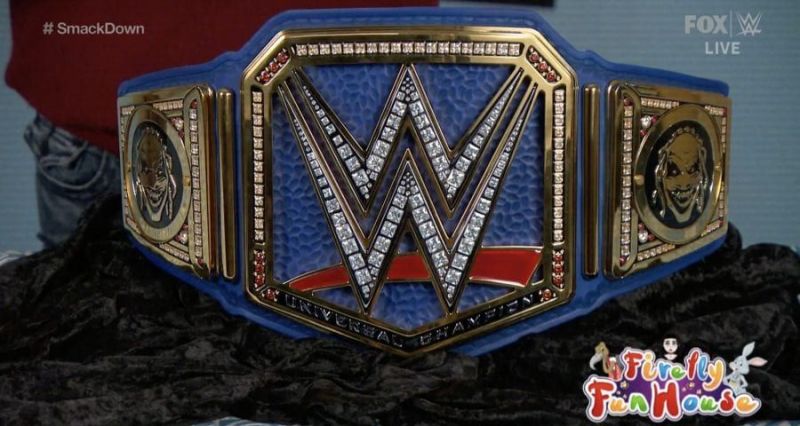 There was a lot of negative reaction in the social media after Hell in a Cell match between Seth Rollins and The Fiend ended in a no contest. So, the management had no choice but to give the belt to The Fiend in Saudi Arabia after a couple of weeks. In the last week’s episode of SmackDown, The Fiend attacked Daniel Bryan to set up a match between them at Survivor Series next week. That match will be The Fiend’s first title defence.

Previously, it was rumoured that The Fiend will participate in a triple threat match against NXT champion, Adam Cole and WWE champion, Brock Lesnar, but that match was never made official. Brock Lesnar is instead scheduled to defend his championship against Rey Mysterio at the event. As of now, there is no official announcement regarding Cole’s participation at the show, but he is going to wrestle in a War Games match at NXT TakeOver the night before. After losing at WrestleMania 35 to Kofi Kingston, Daniel Bryan was hovering in the mid-card, tagging along with Rowan and Roman Reigns. Now he is back in the main event’s picture.