Football is a funny game. At one point in time, you are right there at the top. On another day, a bad day and you fall through an endless hole. While the fans surely give every player, manager or coach a good amount of time, before they start judging, they are just impatient at other times.

One such case could be the current situation of Gunners’ boss Unai Emery, who has been criticized by the Arsenal fans in recent times. The manager who took charge at the Emirates last term has produced a mixed bag of results so far this season.

His previous campaign also ended on quite a low-note, after a positive start. The team did not finish in the top four and lost the Europa League title to fierce rivals Chelsea. To add to that, some of his choices so far this season have been questionable. Not just the playing elevens, but the substitutions he has made as well.

Despite all the criticism and a set of fans wanting him out, there are some who still back him too. The Spaniard has a contract with the Londoners for three seasons, but the club can refuse an extension at the end of the season.

With all the negative talks going around about Emery and his future, here is a Tweet that suggests that the fans should be patient with him. He is an improvement against the old Wenger era and the proof lies in a simple picture.

Liverpool boss Jurgen Klopp too lost three cup finals, before guiding his team to a Champions League win. He had some faulty team selections and was left empty-handed in the first couple of seasons at the club. Despite that, he did not lose hope and ensured that the team finished in the top four and kept challenging for more titles.

It took the German manager a few seasons to turn things around and bring in his set of players. Emery has done the same as well and it is only a matter of time. He can make things happen if the fans and the board back him. 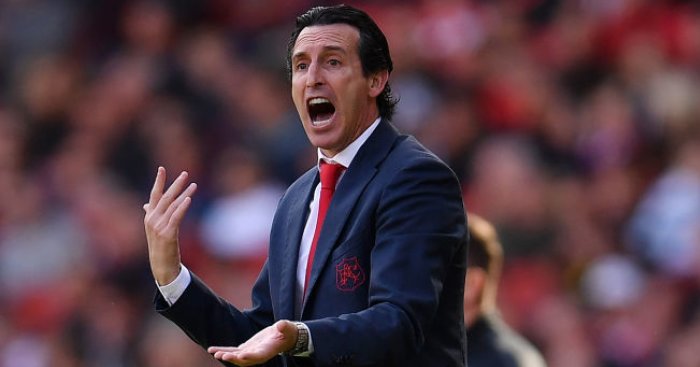 It is understandable if the fans are losing their patience over some of his tactical decisions. Another problem could be the fact that they do not understand his vision. A final nail in the coffin at present is the fact that Granit Xhaka is captain and is playing on a regular basis.

If these issues are resolved, the other factors won’t matter much. Emery has convinced the board and the owners to spend and they have brought in some good talents. These players are quite capable of getting the desired results and can help transform the team, into a title-winning side. It will be interesting to see whether the fans actually back their manager now or not, as we head into the international break.

How Arsenal Managed To Get Back Into The Title Race With...