Barcelona defender Samuel Umtiti has said that he is not considering a move away from the Catalan club in the future and is very happy to stay at Nou Camp. There have been speculations about the Frenchman’s future at the club considering his recent injury woes, that has seen him lose his place to Clement Lenglet in the starting lineup. However, the centre back has now cleared the air about his future with Barcelona and has said that he never intends to leave Nou Camp.

The World Cup winner had to miss a chunk of playing time due to injuries in the last term and in this season as well but has said that he is unwilling to leave the Catalan club anytime soon. Speculations are rife that the player has been linked with a move to either Arsenal or Paris Saint Germain. However, the Frenchman has cleared the air completely about his future with the reigning La Liga champions.

In a recent interview, Umtiti expressed his desire to stay back with the Blaugrana and also earn his place back in the side despite all the recent rumours linking him to a move to either the Premier League or the Ligue 1. He said, “Honestly, I do not know where this rumour with Arsenal came from.”

He added, “Overnight, I received messages from my friends ‘ah, so you are joining Arsenal?’ I am not, I am sorry but I’m staying at Barcelona.”

Answering about the speculations relating him to Arsenal, he said, “Contacts with Arsenal? To be honest, I do not know if they had conversations with my agent, I just told him that I did not care what was happening this summer and that it was not even necessary to talk to me about it. It was useless, I was going to have the same answer.” 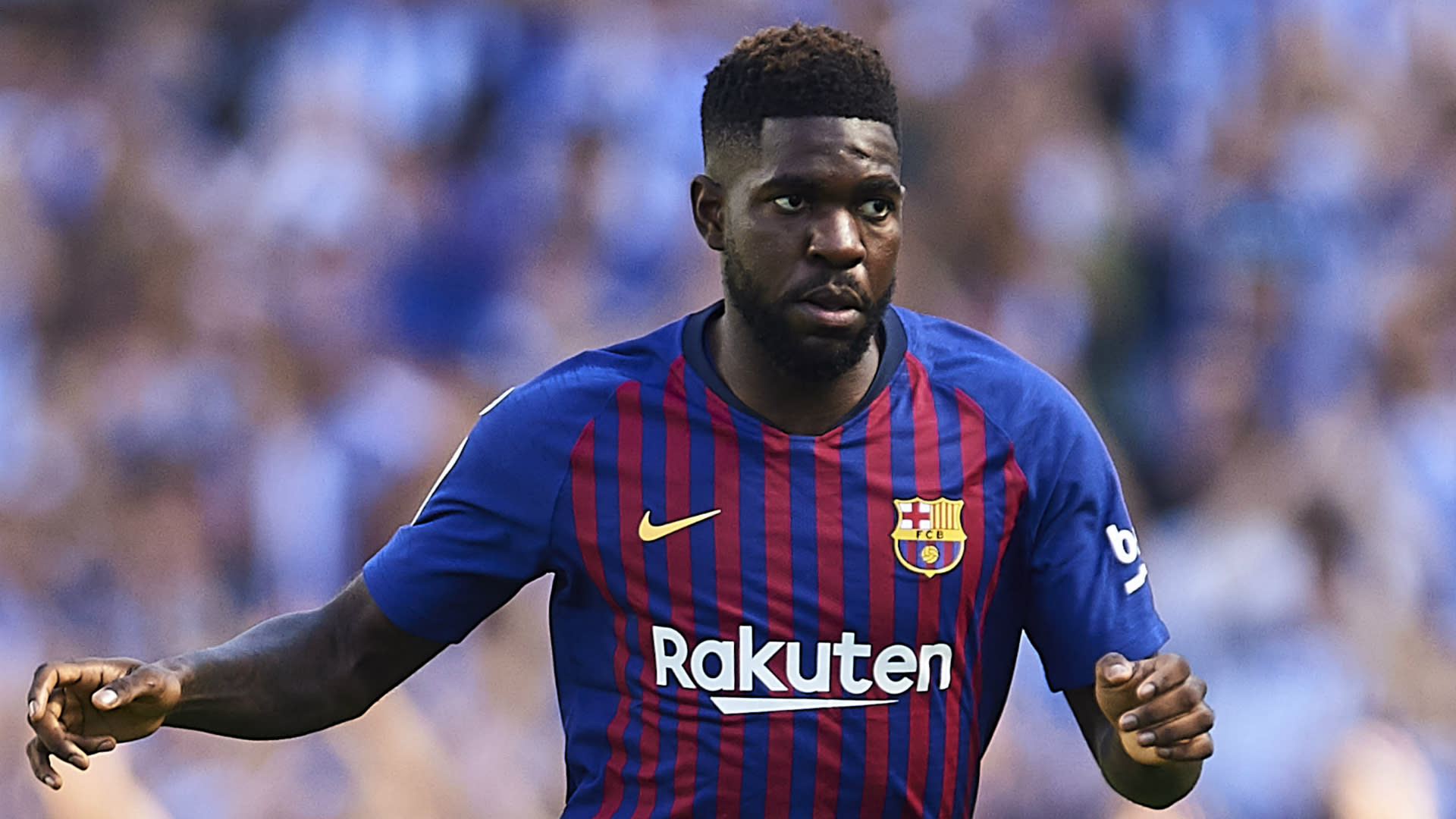 It has been a tough few months for the Frenchman since the World Cup as his career has been plagued with injuries and he has also lost his place in the starting eleven to his compatriot Clement Lenglet. However, the player has expressed the desire to fight back and make sure that he is always there to grab the opportunity and get back into the side’s starting eleven whenever the opportunity is there.

A move to Arsenal or PSG could, however, be in the books for the player in case he is unable to reclaim his starting spot under manager Ernesto Valverde, who seems to be happy with the defensive work that Lenglet and Gerard Pique has done so far in the absence of Umtiti. The English club have lost their captain and probably the most reliable defender Laurent Koscielny, who went rebel at the end of the last season, which compelled to get rid of him.

Though they have brought in David Luiz from Chelsea to fill in for the charismatic Frenchman, the Brazilian veteran has failed to deliver so far this season and there might be a chance that the Gunners opt to bring in someone a bit better to guard their backline in the next transfer window and Umtiti can definitely be a very good choice if they can test his resolution to not leave Barca.