David Luiz resolved his future with the Chelsea management as the veteran defender signed a 2 year deal to stay at Stamford Bridge until 2021. The decision by the board to give the 32-year-old new deal comes at a time when the club might be facing a transfer ban over the next 2 windows which could seriously be a blow to the club’s aspirations domestically and in Europe. The Brazilian’s contract was due to expire this summer. It is unusual for Chelsea to offer long extensions to players who are in their 30’s but this move comes as more of a sign of damage control.

David Luiz’s mistake gave Serbian hit-man Luka Jovic the opportunity to level the tie at Stamford Bridge in the Europa League semis and the match went through to the penalties where Kepa Arrizabalaga stood out as the hero for the Blues by saving multiple penalties and helping Chelsea march on to the Europa League final. The Blues have finished 3rd in the Premier League and are guaranteed to play in the Champions League next season. The team recovered strongly in the second half of the season with Sarri’s signing Jorginho only finding more rhythm with each passing match which has bettered Chelsea’s gameplay through the course of the season. 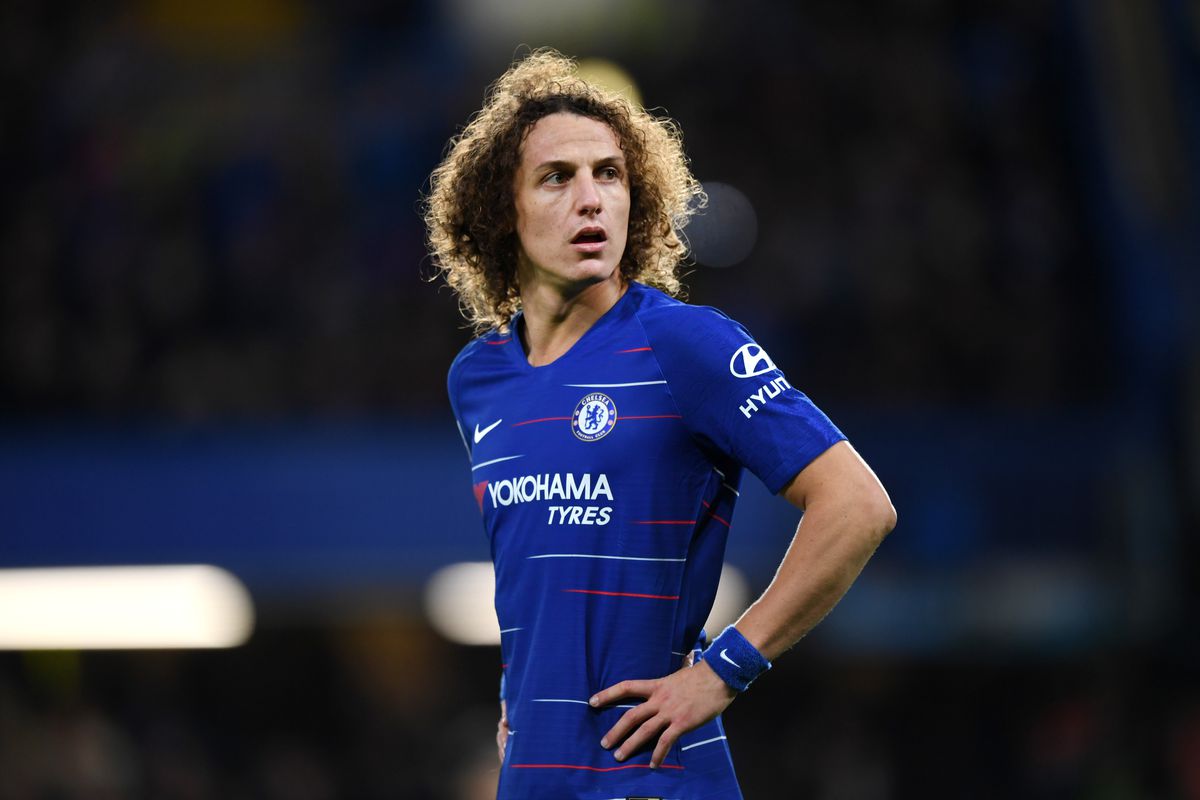 Asked at the time if he would be at Chelsea next season, Luiz said: “Yes I think so. Soon everybody is going to know. It will be before the Europa League final, in five days. I love this club. My great moments in football were here, especially the European titles – the Champions League and Europa League. My relationship with the fans has always been great since the first day I played here. I just try to do my best and make them happy. Nobody wants to play in an empty stadium when you have an opportunity to understand that we play for them. I am so happy to be here and have this opportunity to stay.”

Asked why Sarri stayed off the pitch before the penalties, Luiz said: “He has his superstitions, my friend, it is crazy. I have seen it a lot. Players have superstitions, managers have them too. I do not, I believe in God. I think during the season we have had different periods. I remember in the first three months, people were so excited for us. They were saying ‘everyone has understood it so quickly, oh Sarri-ball, everyone is playing well, now we can see Chelsea with the possession blah, blah, blah’.”

‘We came here to try to be a big example and make people understand everybody is the same.’ ?#FinalWhistleOnHate

“After that, it changed to ‘nobody knows anything, Chelsea are not good enough’. I think this is normal in first season as a coach. We have done our best throughout the season. Nobody bet that we would go into the last game of the Premier League having already qualified for the Champions League. We can finish in the top three, not just the top four. Remember we were at one stage 11 or 12 points behind Tottenham and now we are there. It is not about how you start. It is not about the beginning, it is how you end up.”

Chelsea want to wrap up their season on a high by beating Arsenal in the Europa League final, which will take place in Baku, Azerbaijan, which takes place later this month.