Chelsea starlet Callum Hudson-Odoi suffered a season ending Achilles injury against Burnley in the 2-2 draw on Monday at Stamford Bridge. The 18-year-old has been on the radar of Bayern Munich and other top clubs like across Europe like Borussia Dortmund, RB Leipzig, Liverpool and Manchester United. Bayern Munich have the been the most persistent club trying to get his signature and reportedly tabled 3 offers to Chelsea this January with the last one as high as €40 million but Chelsea were persistent in their stance that he is  not for sale even in the summer transfer window that is approaching.

Hudson-Odoi also wanted to make a move to the German giants who are having an upheaval and are building a young squad for the future which meant more game-time for him than he’s getting right now. His compatriot, Jadon Sancho has been a revelation this season in Germany and that had definitely influenced the youngster into the thought process that a move to Germany would do him good. The youngster has a contract running till summer 2020 and Chelsea will be giving him an extension soon enough. The injury is expected to keep him on the sidelines for quite a bit of time though Hudson-Odoi expects to be fit when the new season starts.

The injury comes at very crucial time for Chelsea as Maurizio Sarri and his boys are aiming for a top 4 finish and also are competing in the Europa League having reached the semi finals of the competition where they face German club Eintracht Frankfurt. Callum Hudson Odoi was largely part of the reserves in the first half of the season but when his chances arrived, he made a superb breakthrough into the first team and has been on the scoresheet regularly in the Europa League.

It is reported that Chelsea are apparently going to offer him more than £100,000-a-week as a gesture that the club trust him and have faith in his potential despite his serious injury. There is a growing optimism among club officials that the England international will sign the new contract as he is being offered more game-time and that is what the youngster wanted. He’a already made 24 appearances for the senior squad this season and has registered 5 goals and 5 assists for the senior team in the process. 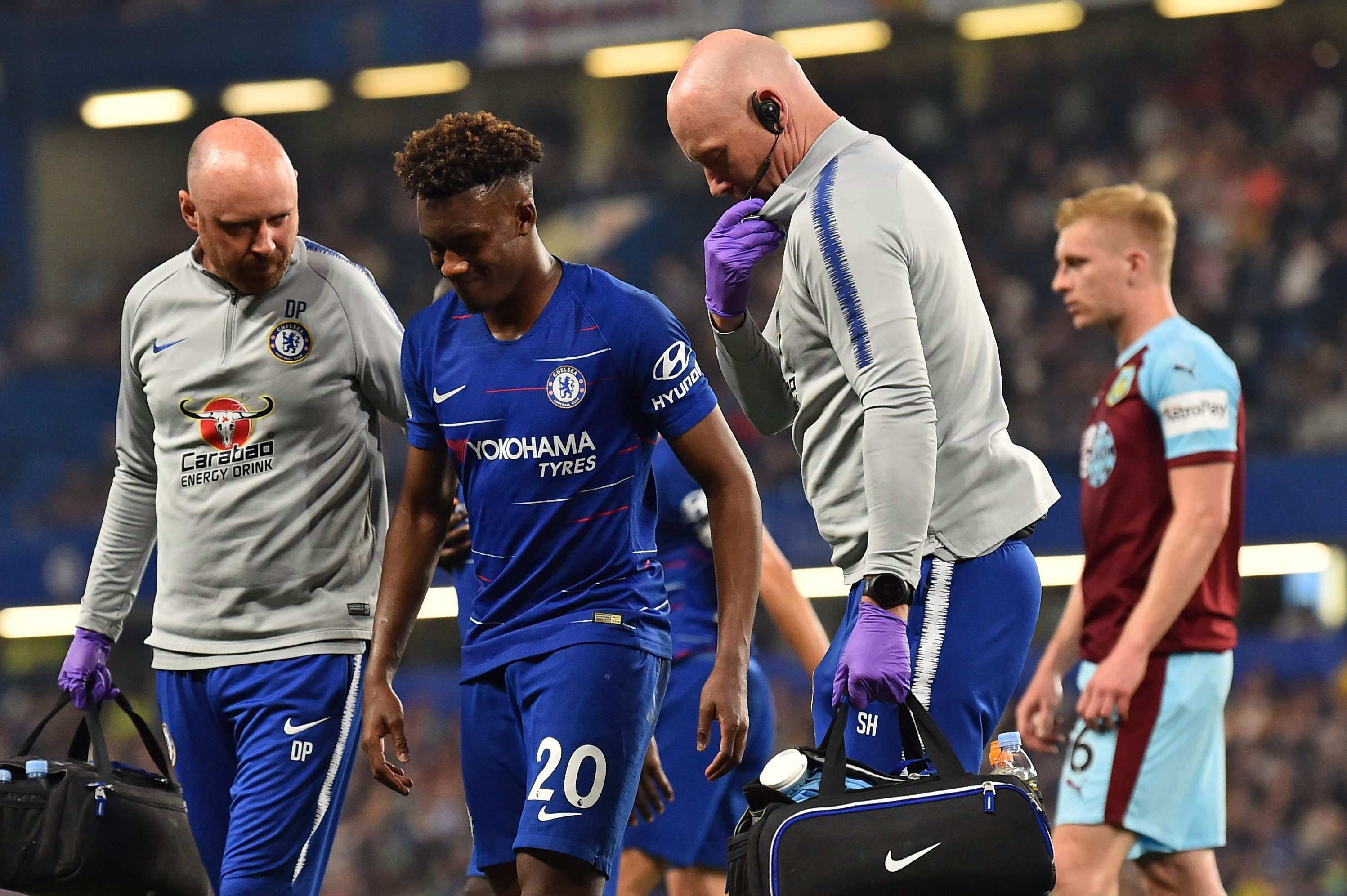 However Bayern Munich are not ending their interest in the player and their president’s comments are definitely indication that the player will be kept in the radar as Bayern continue their revamp and build a younger squad for the seasons to come.

Hoeneß on Hudson-Odoi: “I think we will continue to think about him. But in a phase in which he’s currently on the operating table, it makes no sense to make statements”

It is highly unlikely Bayern will try to sign him this summer but chances will increase by multiple manifolds if he rejects the new contract tabled to him which will make him a free agent next summer. It will not be an easy nut to crack, though if the Blues have their priorities set right, a deal should happen soon.