Chelsea secured three crucial points against Burnley at Turf Moor on Saturday. It was a brilliant display from Frank Lampard’s boys in an away match. The match ended with a scoreline of 4-2 in favour of Chelsea. Here are the talking points of the match.

1. Pulisic’s Introduction In The Starting Lineup And He Delivered

Frank Lampard included the new summer signing of Chelsea, Christian Pulisic in the starting lineup of the Blues in the match against Burnley. Christian Pulisic was brilliant on the other day against Ajax in the away match in the group stage of the Champions League. In that match, Pulisic came as a substitute and changed the dimension of the game completely. The inclusion of Pulisic in the second half was a masterstroke of Frank Lampard against Ajax. He provided a brilliant ball towards Michy Batshuayi who scored the winning goal for the Blues in that match. 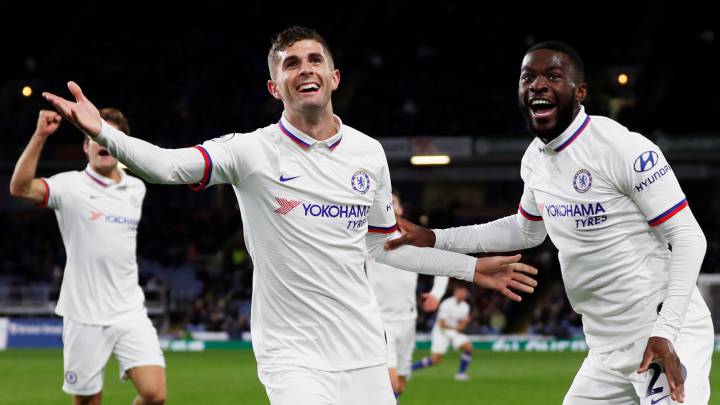 Christian Pulisic was determined to prove his worth against Burnley on Saturday. He had to impress his manager at any cost to get into the starting lineup of the Blues on a regular basis. That’s why he was very much aggressive for the beginning of the match itself. Chelsea were not getting many open spaces against the tight defensive unit of Burnley. The star American footballer was waiting for an opportunity. He somehow got that at the 21st minute of the match.

He attacked for a loose ball. He claimed the ball and his left-footed shot went through to the goal between three defenders. At the 45th minute again Chelsea broke through the defence of Burnley and this time Christian Pulisic’s deflected shot went into the goal. In the second half, Christian Pulisic completed his hat trick at the 56th minute of the match. Mason Mount provided a brilliant cross and Pulisic headed the ball into the goal.

2. Chelsea’s Defense Switched Off After 80 Minutes

After getting a healthy lead of 4 goals in this match, the defensive unit of Chelsea suddenly switched off. The first goal came with an individual brilliance of Jay Rodriguez. However, there was a mistake of Mateo Kovacic in case of Burnley’s second goal. He gave away position cheaply at an important position. Burnley took full advantage of it. Mcginn took a shot and it went towards the Goal with the deflection of Tomori in the way. Chelsea could have conceded the third goal and things might be worse. However, Reece James saved them twice in this time period. Today, again the weakness of Kepa Arrizabalaga in case of the long ball has been proved and the players need to work hard on that.

3. Can Chelsea Find A Place In The Top Four At The End Of This Season?

It will certainly be a big achievement for Frank Lampard and his boys to finish at the top four after the end of this season. However, there is a long way still to go and Chelsea needs to perform consistently throughout the whole season to achieve that target.

Lampard’s Comments On The Game

After the win, Lampard spoke about the game and said, “I will be the 1st to criticise sloppy goals but not tonight bcos of the way they played, their movement on the ball, there were so many great things to admire. I am not letting that in the dressing room tonight, we came to a really tough place & won comfortably.”