According to the latest reports, La Liga giants Real Madrid may have finally found a replacement for their departed goal-scorer Cristiano Ronaldo in the form of Raul De Tomas. Raul De Tomas is currently playing at Rayo Vallecano at the moment, on loan from Real Madrid but has been banging in the goals for his club even though they are in a relegation battle.

The whole world was stunned when Cristiano Ronaldo left Real Madrid to join Serie A giants Juventus in a £100m deal back in the summer of 2018. The Portuguese ace spent nine seasons at the Santiago Bernabeu after joining the Los Blancos from Premier League side Manchester United and scored 450 goals, leaving as the clubs all-time top goal-scorer. Ronaldo helped Real Madrid to four Champions League titles in the last five seasons and the 34-year-old left behind a legacy. Real Madrid has struggled to replace Ronaldo’s goal-scoring attributes at the club ever since he left and have been in a shambles this season, with managers coming in and out of their prestigious job. 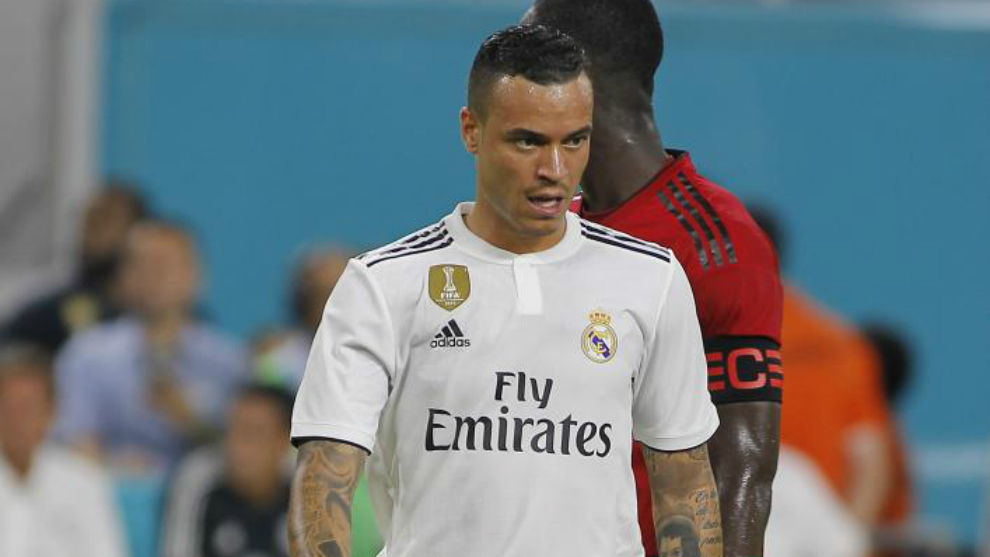 The Champions League holders were dumped out of the competition against a group of young players from Ajax as they humiliated Real Madrid 4-1 in their own back-yard. Real Madrid has also fallen far behind in the La Liga as they sit in third place, 12 points behind leaders and fierce rivals Barcelona. The Catalonian club also knocked out Madrid from the Copa Del Rey over two legs and Real Madrid also sacked two managers in the span of six months. The Spanish side has now reappointed Zinedine Zidane to bring back the glory days at the club and take them out of the mess they are in at the moment.

Zidane is aware that he needs reinforcements in the summer transfer window and mainly to replace the 50 goals a season striker that Ronaldo once was at the club. But Madrid may not have to splash any transfer fees on that player because he is one of their own. Raul De Tomas is currently spending time on loan at Rayo Vallecano and having a sublime spell in front of goal.

The 24-year-old Raul De Tomas often referred to as RDT has scored 13 goals this season for Rayo Vallecano this term and notched up one assist as well. RDT’s latest goal came against Valencia and he ended a historic 17 game unbeaten run for the Los Che’s. But Raul De Tomas is playing for a club which is in a dire situation and Real Madrid could certainly do with his services at the capital. RDT is the club’s second top goalscorer, only behind Frenchman Karim Benzema, but he is not even at the club.

Certainly, Zidane has to look into the services of Raul De Tomas next season as the Spaniard scores all types of goals, The French boss coached RDT during their time at the Castilla and he could be a great option as a backup for the center-forward Benzema, who is already 31 years of age now.

Five Reasons Why Germany Deserved To Be Knocked Out Of The...