According to the latest reports, Premier League side Chelsea have asked Olympique Lyonnais midfielder Tanguy Ndombele to reject any potential offers from Manchester United and wait for a year until Chelsea’s transfer ban is lifted. The West London club is set to receive a transfer ban by the FA for breaching transfer rules regarding their young players on loan and therefore is going to face a tough time ahead.

Ever since Maurizio Sarri has taken charge of Chelsea football club back in the summer of 2018, he has done quite an incredible job by replacing fellow Italian compatriot Antonio Conte at Stamford Bridge. The ex-Napoli master tactician instilled a very attacking and effective brand of football which received plenty of praise and plaudits from fans and pundits across the globe.

Sarri led Chelsea to the finals of the League Cup but lost out to Manchester City on penalty shootouts. The West London club has also made it to the quarterfinals of the Europa League and they look like serious contenders to go on and win the competition. However, Chelsea is going to face an uphill task to finish inside the top four this season and qualify for the Champions League as they currently sit in sixth place on the League table.

Without Champions League football, Chelsea will struggle to bring in top players at the club and there could be a chance that Belgian talisman Eden Hazard leaves the club in the summer. Chelsea will face even more of a tight situation when FA induces a transfer ban for two markets which means that the club will not be able to purchase players for a whole year. 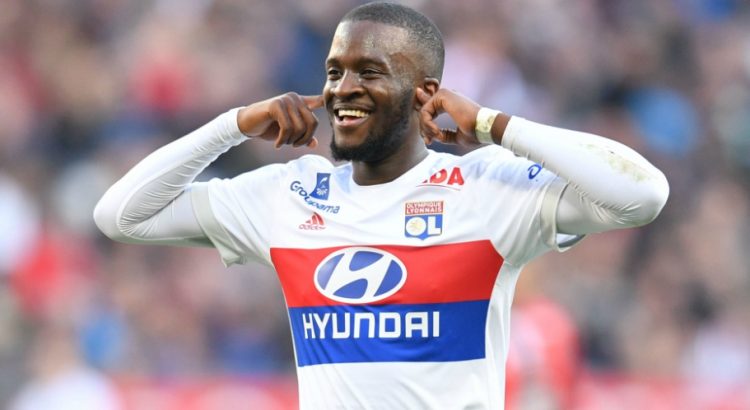 Chelsea does have their transfer targets in mind but with the ban, it’s unlikely that they can do much in rather than convincing players to join the club after the ban is lifted, and that is exactly what the Premier League side is planning on doing with Tanguy Ndombele. The French star has been attracting interest from quite a few top clubs in the country with his impressive displays for Lyon. Ndombele has seven assists as well as two goals to his name this season. However, a move away from Lyon is on the cards because there are many bids which will enter the market for the 22-year-old soon.

Manchester United are keen on bringing Ndombele to Old Trafford to replace Ander Herrera who seems destined to leave the club after his contract expires at the end of the season. But Chelsea is reportedly hijacking a move for Ndombele to United by asking the player to wait for an extra season before Chelsea initially welcome him into the Premier League. Even Merseyside giants Liverpool are monitoring Ndombele’s situation but the Reds will have to wait and see how things plan out at Anfield at the end of the season. Ndombele is currently tied down to Lyon until 2023 and the French side is confident that they can easily achieve more than his market value bid of £80 million at the moment.