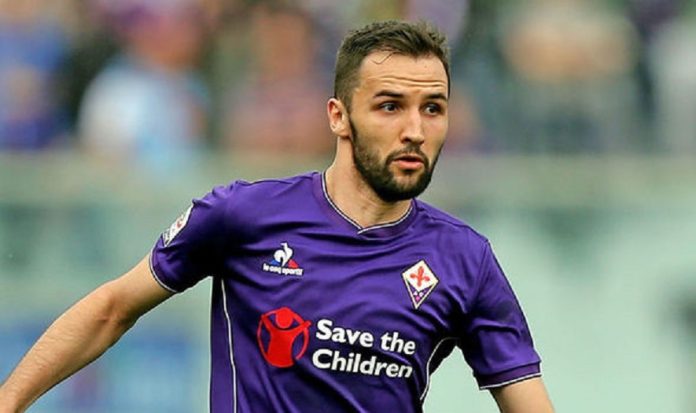 According to reports, it has now been confirmed that Serie A outfit AC Milan are trying to muscle Chelsea out a contention by making a bid for Croatian starlet Milan Badelj from Fiorentina. The experienced midfield superstar has entered the last 18 months of his contract, refusing an extension and that has sparked interest from Chelsea who were alerted that he could be snapped up for £7m.

It is reported that Badelj is eager to play football for a club that could offer him the opportunity to take part in the European competition.

However it doesn’t seem to be that easy, as AC Milan are looking to raid the deal as the Italian club are keen on signing the Viola man. With the help of their new Chinese owners, the Milan based outfit are expected to spend big in the January transfer market and have a list of potential targets they would want to try their luck on.

The Blues will have to fend off interest from the Italian giants to pursue Badelj who are looking to continue their good run this term and finish in the top three by the end of the season. AC Milan will are set to be armed with a £90 million transfer war chest and Chelsea will be facing even more tough competition to secure the 27 year olds signature.

Latest reports suggest that that AS Roma are also looking at the Croatian defensive midfielder as a potential target, though Badelj has been a key admirer of the English Premier League and that factor could see him move primarily to Chelsea.