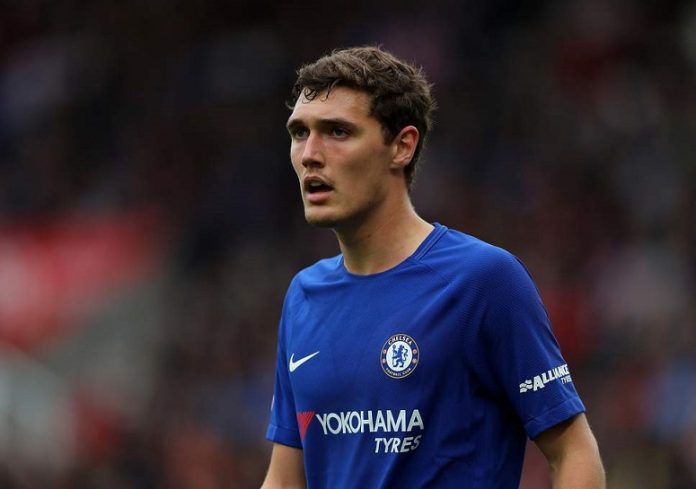 La Liga league leaders, FC Barcelona have made Chelsea defender Andreas Christensen as their primary January transfer window target. Ernesto Valverde wants to increase his options in defence after World cup winner Samuel Umtiti is sidelined with a serious knee injury and there is a possibility that the French defender may have to get it operated before returning to the field again. Hence, the Blaugrana have only the likes of Gerard Pique, Clement Lenglet and Tomas Vermaelen as their only defensive option for the season.

A move for out of favor Danish international sounds logical for Barcelona whoa re looking for someone who can play a major role in Valverde’s back-line. Christensen has already proven himself in the Bundesliga during his loan stint at Borussia Monchengladbach. Current Chelsea manager Maurizio Sarri preferred the likes of David Luiz and Antonio Rudiger as his mainstay defensive duo at the back. Although the Italian did shuffle his pack and gave the Danish international his first start of the season against Wolverhampton and the repercussion was not nice. The 22-year old defender made a hash of the chance he got, it was his mistake that allowed the Wolves to take the lead in the game.

Sarri who was already in dilemma after David Luiz’s dismal performance at Wembley a fortnight ago against Tottenham paved the way for the Danish international to cement his place by giving an impressive performance against the Wolves, but the young defender could not live up to his expectations and might have lost his chance under the Sarri.

Christensen who was a regular under Antonio Conte in his back three featured 27 times for the Blues last season. But this season under the former Napoli boss he has been reduced to a player who has simply warmed the benches in the dugout and when given opportunity he had a hash of it. Now life at Stamford Bridge can get tricky for the young Dane.

However despite the underwhelming performances from the 22-year old Sarri is not keen to let any of his defenders leave Stamford Bridge which would increase his defensive woes even more in a crucial time of the season. However, if the youngster makes his way to Camp Nou he will be a great addition to their ranks and his playing style will suit the Barcelona style of play and under experienced players, he can regain the confidence he had once in his Monchengladbach days.

At such a young age he was a leader at the back and also won the club player of the season in his two-year loan stint for the Bundesliga outfit. The Foals who are currently in the second position in the league table, and are seven points behind leaders Borrusia Dortmund. Manager Dieter Hecking will love to bolster his back-line as the season enters in it’s most crucial phase and hence an addition like Christensen will make a world of difference for the Foals.

However, Chelsea are adamant to not to let the Danish international leave Stamford Bridge at least in the coming January transfer window, with Sarri pushing for the league title he will need defensive options as the season goes on. The Blues have faced a blow after their defeat against Tottenham Hotspurs and Wolves as they now have trickled down to fourth place, nine points adrift of leaders Manchester City.

Latest Update On Chelsea’s Ambitions In Japan, As Club Tries To...