The transfer ban having been lifted, Chelsea is looking forward to strengthening their lineup in the January transfer market. Latest reports indicate that the Blues club authority is set to support manager Frank Lampard with a £150m transfer kitty and there are a number of players that are on his wishlist.

As per the reports, the Chelsea gaffer has his eyes on the likes of Timo Werner, Moussa Dembele and Fedor Chalov and is looking for complete support from the club management to help him fulfil his objective of making the side stronger. The Blues have performed well so far this season in the Premier League as well as on the European stage under the tutelage of their current manager, who took over the reins from Maurizio Sarri right at the start of this season. 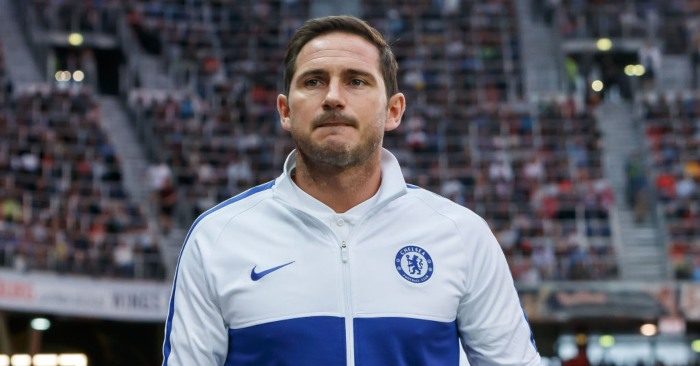 There are also rumours that the former Derby County manager is keen on signing English winger Jadon Sancho, who is currently plying his trade for Borussia Dortmund. The 19-year-old player has been in sensational form and can be a great fit into the Chelsea lineup if they can land him in the near future.

Chelsea is currently in the fourth position in the Premier League table and also have qualified for the knockout stages of the Champions League. The Europa League winners from the last term sealed a place in the round of 16 of the elite club competition, having beaten Lille in their last match at Stamford Bridge by a scoreline of 2-1 with Tammy Abraham and captain Cesar Azpilicueta netting the goals.

Speaking to the media during the post-match press conference, the former Chelsea midfielder turned manager said, “I will look at all areas of the team, but I think it was quite clear in the summer that you lose Eden Hazard, who was a huge part of scoring or creating our goals last season and the season before that.”

He added, “I think we have found ways as a team where we can still be competitive. We have shown that in the league and now the Champions League. But if we are looking at if we can get even better, can we get better in forwarding areas to help the idea of being more clinical, then I think we will always look at that.”

? 'It's up to the players to show the balls to take the ball and beat someone'

Lampard pointed out, “We are just not converting enough. Some of that is to keep working, and I am not here to criticise anybody because we have just qualified from an intense group to get through to the next stage of the Champions League. But we have standards here and I know how much the players also want to be successful. It is obvious, so we will keep working towards it.”

Chelsea forward has done well so far this season, especially Tammy Abraham, who has notched up 11 goals to show for his efforts since the start of the season. However, with the inclusion of fresh faces, it is expected that the Blues will perform better and would be able to make a mark in the Premier League under the tutelage of their current manager and club legend Frank Lampard.