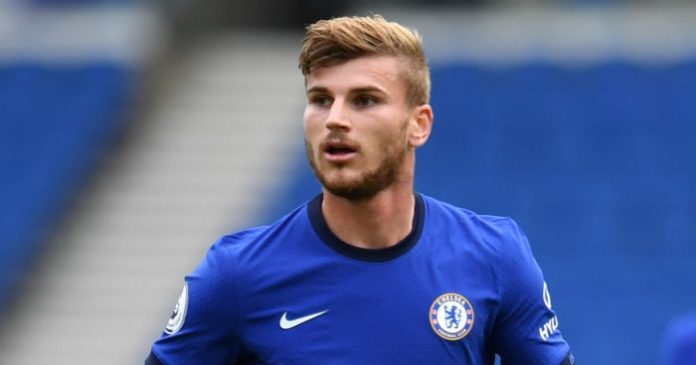 The Chelsea star summer signing from RB Leipzig has impressed everyone with his performance in the pre-season friendly against Brighton & Hove Albion last week. Werner scored the only goal for the Blues with his first touch of the ball in the fourth min in a 1-1 draw. The 24-year old became Frank Lampard’s second signing this summer after Hakim Ziyech arrived from Ajax Amsterdam in February. When asked about his settlement in London after signing a five-year contract with the Blues, Werner says he is already excited about staying in one of the biggest cities in the world.

“Very good. I know the way from my home to the training ground now, so that is good! That is important, knowing your way around your new surroundings and we have also trained at the stadium so now I know my way to Stamford Bridge also.”

Timo Werner is the third German player in the Chelsea team, Antonio Rudiger, and new signing Kai Havertz being the other two. Werner claims he was very much welcomed by the Chelsea centre-back along with Chelsea’s player of the season Mateo Kovacic, who can also speak German.

“When I first came to England it was hard to understand everyone’s English. This is because I have not had to speak this language since my school days. It is not been as hard as I expected though, everyone has helped me settle in. People have spoken very slowly so I can understand and right now I feel very happy. I can understand everything and communicate in English.” The Lampard Factor That Adds To His Chelsea Move

Chelsea boss Frank Lampard was a key reason why Werner chose to join the Blues despite having offers from other top clubs in England including Manchester City, who were desperate to sign the 24-year-old to replace Sergio Aguero. Werner is excited about the new era Chelsea are going into with their new recruitments.

“The work with the manager recently has been really good. He has been showing and explaining to the whole team, not just me, what we can do on the pitch and how to improve on last season. He is been great to work with and he’s been discussing his plans for the future, and how we want to battle with teams like Man City and Liverpool. I think Chelsea is a big club and with this team that we have, I think we can reach a new level. We have some very good players here and the manager is there to show us the way and help us improve. We have worked a lot on tactical things, as well as our strength and fitness, to make sure we are ready for the start of the season.”