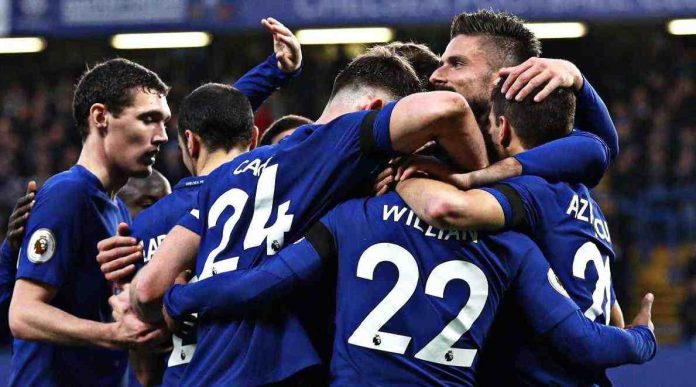 The ranking of Chelsea players in FIFA 19 have been leaked and they have become viral all over in the social media. FIFA 19 will be released very soon. The demo version will come to the hands of the users by 13th September. But still some people have got the access to play the game from now on.

The ranking of the players of Manchester United, Liverpool and Real Madrid have been already been leaked. So, now it might be the turn to unveil the rankings of the Blue warriors. As expected, Eden Hazard is rated as the best player of Chelsea as his rating is now 91. The best player of the game Cristiano Ronaldo holds a rating of 94. So, it will be a really fascinating news for the Chelsea fans.

Chelsea have finished in the fifth position in the Premier League in the previous season. Their manager Antonio Conte has been sacked from the club as he failed to lead the club to a top four finish in the Premier League. That’s why, the Blues will not be in the Champions League in this season. It is so much frustrating for the Blues not to participate in the most prestigious tournament of European football. Though, it has not affected much in terms of ratings in the new edition of FIFA.

Under the management of the new manager Maurizio Sarri, Chelsea are playing a new type of attacking football. In this type of playing tactics, they are playing more sort of a free flowing football. Maurizio Sarri’s men have able to get all 12 points from their four encounters so far in the Premier League. In a new League, you have to give time to a new manager to settle himself. But it is seeming that, Maurizio Sarri has already settled himself in the new condition. Though he is not completely happy with the performance of the boys in the field. There are a lot of things to change still to finish in the top four.

The players like Eden Hazard, Pedro and Marcos Alonso are really successful under the management of Maurizio Sarri. They are the players who have led the way till date for the Blues in this season. In the FIFA rating, 13 Chelsea players have been rated above 80. So, Chelsea will surely be a team of choice to play in the new edition of FIFA 19. It will be a real fun to dribble past the defenders with Eden Hazard and finishing with Alvaro Morata at the end of it.