According to the latest reports, Chelsea is prepared to offer Argentine goalkeeper Willy Caballero a new contract extension after the way he handled the situation at the League Cup final against Manchester City. The veteran goalkeeper was somewhat humiliated at Wembley but handled the situation quite well and due to his professionalism, the club is keen on offering Caballero a new deal, who joined Chelsea back in the summer of 2017 with his contract expiring in the summer.

Chelsea being generous to its own kind is somewhat unheard of because the West London club usually is lethal with their business and sentimental values are kept far from the pitch. The former Premier League champions are known for their shrewd business and sometimes even not giving the club legends or managers the respect that they deserve after offering a lot toward the club. However, things may change following the Kepa Arrizabalaga situation that took place earlier last month in the League Cup final against Manchester City. 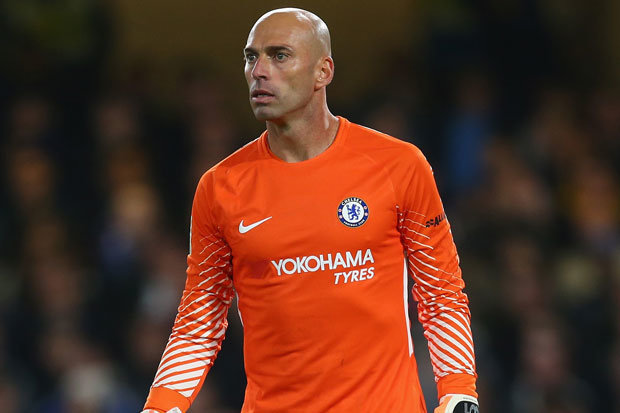 Ever since Maurizio Sarri arrived at Chelsea as manager in the summer of 2018, he has done quite an admirable job as he replaced fellow Italian compatriot Antonio Conte. The ex-Napoli master tactician brought in an impressive and attractive brand of football in the Premier League which earned Sarri great plaudits and praise from fans and pundits all across the globe. Chelsea made it past their Group Stage of the Europa League comfortably and are now in the Round of 16. The Stamford Bridge unit is currently in sixth place and is well and truly in the hunt to finish in the top 4 in order to play Champions League football next season.  But recent humiliating defeats against Bournemouth and Manchester City dented some of the gloss and Sarri’s job was on the line. Sarri also led Chelsea to an impressive run in the League Cup as they reached the finals but lost out to Manchester City on penalties. However, the main talking point was Chelsea shot-stopper Kepa Arrizzabalaga standing up to his manager’s authority by not making way for substitute keeper Willy Caballero during the last few stages of extra time. The 37-year-old Caballero was all ready to come on and replace Kepa after the digital board confirmed the substitution but the actual substitution did not take place as the young Spaniard refused to come off. Caballero also won the League Cup with Manchester City back in 2015 and was the hero in the penalty shoot-out against Liverpool back then. However, with no option left, Caballero was left on the sidelines as Chelsea lost the final with Kepa in goal for the penalty kicks.

However, the following game, Chelsea decided to start Caballero in goal against fierce local London rivals Tottenham Hotspur and the star goalkeeper was impressive against Mauricio Pochettino’s Spurs. This incredible professionalism could land Caballero another contract extension in the summer for another season. Caballero is still content to play as a second choice keeper after Sarri stated earlier this week that Kepa will still be the first choice between the posts.

All You Need To Know About Sergio Ramos’ Wedding This Year