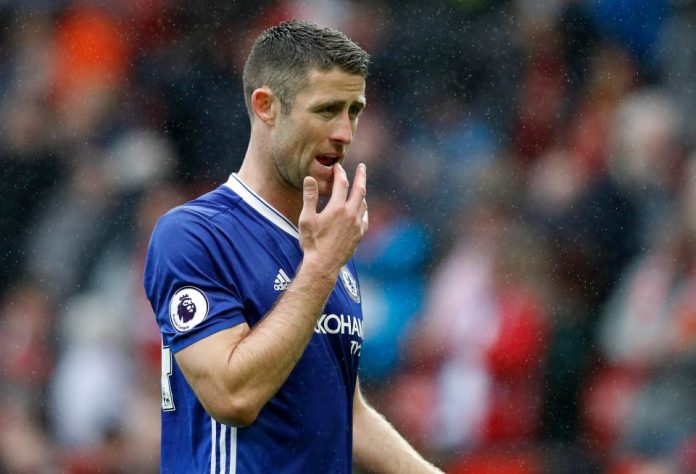 Two English star players Jamie Vardy and Gary Cahill have announced their retirement from their national duties. It was totally unexpected from both of them as they were present in the World Cup squad of England in this year. Leicester City’s frontman Jamie Vardy has told that he is taking to decision so that the youngsters can get into the squad of England in the upcoming days. The next big tournament of England will be again after two years.   Jamie Vardy thinks that the juniors will get enough chances in these two long years. The young players will get enough chances to get themselves settled in the National side of England under the management of Gareth Southgate.

The English manager Gareth Southgate is also an admirer of young footballers. The manager now might want to test the junior players in this time period. So, Jamie Vardy and Gary Cahill has decided to take a break from their national duties.

Gary Cahill and Jamie Vardy- both the players were not in the starting lineup of England in most of the matches in the World Cup recently conducted in Russia. England were able to reach the Semi Final of the World Cup few days back in the Russia.

Gary Cahill is now also not a regular player for Chelsea FC anymore. In the previous season too, he mostly spent his time at the bench under the management of Antonio Conte and it is disheartening for a player of his calibre.

Antonio Conte used to play with a 3-4-3 formation at Chelsea. He has implemented the system at Stamford Bridge quite well. Chelsea have won the Premier League and FA Cup title in two seasons under the charge of Antonio Conte in the previous two seasons.

Gary Cahill had a greater chance to be in the first team of Chelsea FC in the previous season under the management of Antonio Conte as the Italian manager used to play with three centre backs.

In the system of Maurizio Sarri there is only two centre backs in the team. The manager is wishing to implement his 4-3-3 formation at Chelsea. So, the probability of getting into the first team of Chelsea is going to be less in this season for Gary Cahill. Moreover, the central back pair of Antonio Rudiger and David Luiz have settled in the side.

Maurizio Sarri wants his attack to be built up from the back. So, the passing ability and ball distribution quality should be good for the centre backs.

Unfortunately Gary Cahill don’t have these qualities. So, he will not be that much successful under the management of Maurizio Sarri at Chelsea.

So, it might be a good time for Gary Cahill to take a break from the National duties. These two players have probably taken the decision of taking a break from International football to get the young players a chance into the English National side.

This might be good decision taken by these two footballers for the betterment of English football in future.

Lampard Heaps Praise For This Chelsea Starlet, Who Pens Down New...