West London outfit Chelsea have rejected a second bid by Bundesliga champs Bayern Munich for the services of Callum Hudson-Odoi. The German giants have been chasing the 18 year old forward for quite some time now, with the likes of AS Monaco interested in adding him to their squad too. Despite the interest from the Allianz Arena, it seems that the Blues are just not interested in letting him leave.

Maurizio Sarri feels that the youngster is a key part of the current squad and that he will be needing his services in the upcoming days, as the season heads into the business end. He is still barely an adult and can develop into a club legend, if given the right guidance and opportunities in the seasons to come at the Bridge. 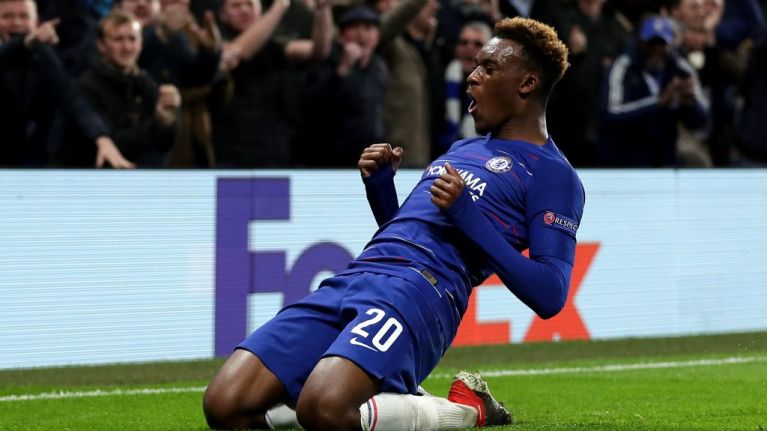 The Italian boss has seen his team drop points in recent times, as they have lost their good form now and are trying their best to get things sorted out. The west Londoners were held to a 0-0 draw by Southampton in their first game of 2019, as they once again were rather poor in front of goal and failed to score.

The hosts failed to break the deadlock at Stamford Bridge and this cost their team, two crucial points. On the other hand, their fierce rivals Manchester United once again managed to secure a win and with Liverpool and Manchester City playing later today, this was a huge loss for the Blues.

Willian (some would say luckily) went off injured in the first half and was replaced by Loftus-Cheek, who himself failed to score, but was creative. There is no doubt that the likes of Pedro and Odoi were missed on the pitch. A player like him could have really added some energy to the team’s play and that is exactly the reason why the club does not wish to let him leave, with Sarri considering him to be an integral part of the side.

Hopefully the attacker can make his return to full fitness soon and contribute to the team’s current campaign. With that being said, Bayern will not give up that easy on him and might possibly look to make a third bid for him.

It will be up to the Premier League giants to retain his services for the long run, as he can be a key player for the club. There will surely be competition from other top clubs from the continent, looking at the way that the player has performed so far this season. It will be up to the Londoners to quickly offer him a new deal and tie him down to a huge release clause, which will fend off the interest or force the clubs to spend big.

Whatever be the case, it will be interesting to see how this story develops. As of now, will all the injuries that Sarri’s side has already faced, there is a need for more players and if Odoi can recover quickly enough, he will be one of the key stars during this campaign. For now, everything depends on him and his will to return back to the playing eleven.