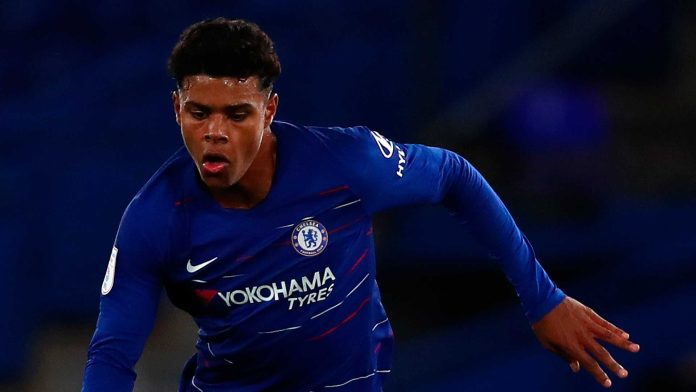 Chelsea is one of the Premier League big-name clubs which has been looking to strengthen its ranks. They are trying to do so ahead of the restart of their campaign. It was after the Coronavirus pandemic put a halt on the global sports scenario for the last few months. The Blues are looking to bring in a brilliant forward in the form of Timo Warner. The move became possible after Liverpool pulled the plug on their pursuit of the German ace. It was said to be owing to the huge price tag slapped on him by Red Bull Leipzig.

To add more good news for their fans, the Blues have secured the future of one of their brightest youngsters. This is in the form of Tino Anjorin, who has reportedly signed a new contract with the West London club. The player will now stay with them for the next five years.

Chelsea manager Frank Lampard has been keen on investing in young blood. For this purpose, he has helped them develop into a highly impressive unit since his arrival at Stamford Bridge at the start of the 2019/20 season. With the likes of Mason Mount, Christian Pulisic, Tammy Abraham, Callum Hudson-Odoi and Reece James already performing superbly at the big stage, the long term contract extension of Tino Anjorin is expected to add more firepower to the Chelsea squad for sure.

The Update On The Extension?

The 18-year-old English midfielder has executed signs of making it to the top of the lot with his brilliant skills and ability to score with long-range shots as well as from the close range. He made his debut in the Premier League against Everton on March 8, 2020, when the Blues notched up a resounding 4-0 victory against the Merseyside club.

A versatile midfielder by trait, Anjorin can play both as an attacking midfielder as well as a central midfield option. The youngster has earned his long term contract with the Blues, having displayed great composure in the middle of the pitch in the Premier League 2. His statistics of 5 goals and 4 assists from 11 matches has helped his cause to become one of the bright prospects for his club as well as country.

What Next For Chelsea?

The west London club, under their gaffer Lampard, has had a mixed season, to say the least, in the Premier League so far. As the season came to an abrupt halt due to the COVID-19 situation in March, Chelsea are currently on the 4th spot with 48 points after playing 29 games. With the season ready to commence from June 17, it is for sure that the Blues will look forward to strengthening their position and improve on their current standing in the Premier League table.

While it is going to be an uphill task for the Blues as they look forward to sealing a Champions League spot by the end of the 2019-20 season, the inclusion of players like Werner and Anjorin can be a huge boost for Lampard ahead of the business end of the season. Empowered by young talent who have been performing well in the Premier League so far, the former England ace will be hopeful for a successful start to his career as a Premier League manager.