According to the latest reports, Premier League side Chelsea is looking to consider a move for former assistant manager Steve Holland to replace Maurizio Sarri. The Italian manager has been facing the heat off late after poor performances with the Blues and just over half a season in charge, Sarri faces the possibility of getting sacked.

It’s becoming a trend with Chelsea football club and something that they don’t really want to be associated with, but the Blues are used to firing their managers when things aren’t going well and the slump doesn’t really last too long. This manager is always the one to take the fall for the club and the blame is never really shared on the players or the board.

Sarri initially got off to a great start at Chelsea when he took over the reins from fellow Italian compatriot Antonio Conte in the summer of 2018. The 60-year-old former Napoli master tactician brought in an impressive, effective and fluent style of football into the Premier League and received plenty of plaudits and praise from pundits and fans all across the globe. Chelsea sits in fifth place on the Premier League table and have made it to the League Cup final as well and will face Manchester City at Wembley tomorrow. However, Sarri has implemented his style of football onto the players but that has backfired over recent weeks.

Chelsea suffered heavy defeats against Bournemouth and Manchester City recently in the League and their grip on a top-four spot slipped a little more. The West London outfit also got dumped out of the FA Cup against fierce rivals Manchester United last week and these results have piled on the pressure on Sarri, who is now close to getting a sack from Chelsea if this continues for a few weeks longer.

With Sarri in the firing line, Chelsea are now looking at potential replacements to add stability and there are many names in the hat but another surprise name has emerged this week in the form of former Chelsea assistant coach Steve Holland.

Holland is currently assistant manager of the England national team and is working alongside Gareth Southgate ever since 2016. The Englishman was in charge of the Chelsea reserves back in 2008 and won the Premier Reserves League the following year before he was then appointed as number two for Andre Villas-Boas. Although AVB got the boot, Holland remained on under the post as assistant manager for the coaches that followed- Rafael Benitez, Jose Mourinho, and Antonio Conte. 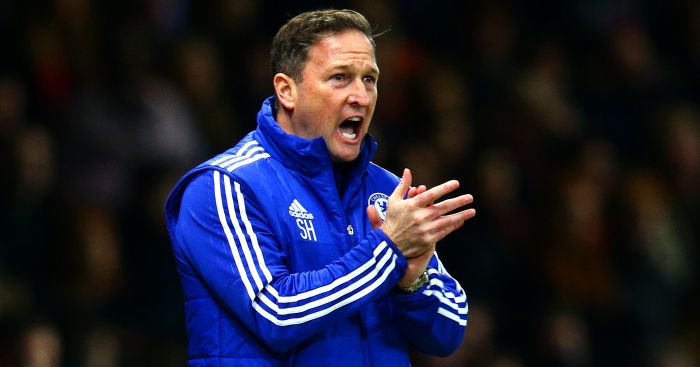 Holland also worked as assistant manager for England’s U-21’s even while he was simultaneously working with Chelsea before leaving for the English job full time in 2017. Chelsea would not mind if Holland could balance both the jobs simultaneously if he could do it again.

Reports have claimed that Chelsea has not held any talks yet with any potential replacement but as Holland is aware of the working of the Stamford Bridge unit, he can be the man to bring stability at Chelsea until the end of the season.

Karim Benzema Will Leave Real Madrid If This One Thing Happens,...

Expected Chelsea Line Up To Go Up Against Liverpool; Who Will...