Chelsea and Barcelona are two European giants. They have played some really good games over the years. In this article, we will take a look at some of the brilliant match-ups that they were involved in.

The final whistle actually sparked a very angry reaction at the Bridge. It was German international Michael Ballack who was right in the referee’s face. He was doing all he could, not to hit him. Didier Drogba was angrily ranting apart into an onfield camera. Chelsea as a team was enraged with the decisions of the officials that night. They had every right to be. Many key decisions went against them that night. These calls resulted in Barcelona’s progress to the UEFA Champions League final, which they eventually won. 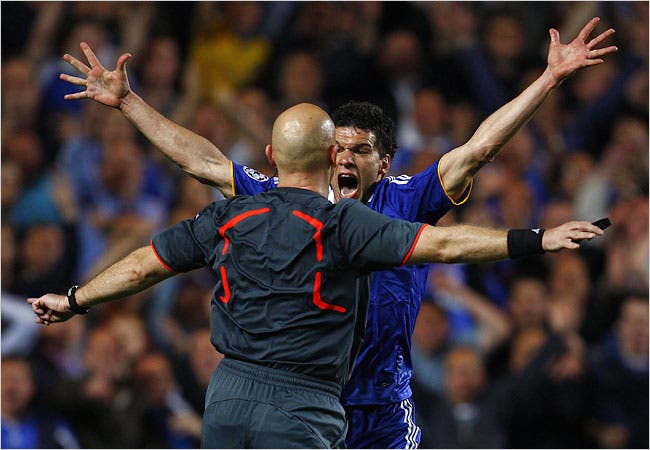 The Blues’ players, at least those who stayed, had to wait four years to avenge the injustice. The one that was dealt out to them on the night. The chance came once again at the same stage as that fateful night before. The main task for the Blues in that game would be a near-impossible one and they weren’t the favourites. However, they had to prove a point this time and they did not disappoint.

Chelsea welcomed their newly tagged fierce rivals Barcelona for the Champions League semi-final first leg at Stamford Bridge. Barcelona were the defending champions back then. They had a brilliant squad with a star-studded team comprising of Lionel Messi, Gerard Pique, Sergio Busquets, Xavi Hernandez, Pedro and the likes.

To add to that, Pep Guardiola had put in a lot of efforts and drilled this team into a winning machine. So far, no other team had been able to halt their progress, which was a clear indication of their dominance. In all honesty, no one really believed the Roberto Di Matteo and his side could emerge victoriously. 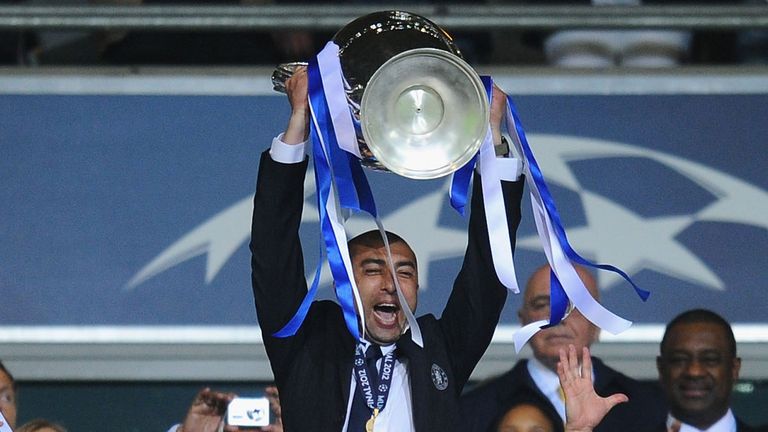 How The Blues Pulled Off A Miracle In That Tie?

Despite that, the Londoners’ boss had a very simple plan up his sleeve. Chelsea would defend their skins and pounce on the counter. It was a seemingly easy plan. Despite that, those who follow football know how difficult it actually was to implement.

Concentration was always the key and John Terry, Gary Cahill, Ashley Cole and Branislav Ivanovic knew what a gargantuan task lay in the offing. The first leg finally commenced, as the Catalan giants started to bombard the Chelsea goal. Even with such a gritty defence, the Premier League outfit needed some astonishing saves fro Petr Cech to keep themselves in the tie. Didier Drogba was trying his best to annoy the Barca defence. He was making various runs whenever the ball reached him. Though he was putting in a shift, he was unable to break through alone.

Despite all the best efforts, there was only one-way traffic for most of the first half. That was until the point when Ramires got the ball. The Brazilian found some space on the left flank and made the most of it. He utilized the free space and dribbled his way through. Then he crossed the ball across the face of Barcelona’s goal into the path of Didier Drogba. The Ivorian’s mistimed shot had enough power to take the ball past Victor Valdez and into the net.

Though no one expected it, Chelsea led 1-0 against all odds and stunned the world. Majority of the fans believed one goal was not enough to beat Barcelona. Roberto Di Matteo and his team gritted their teeth, as they had no other choice. They defended out the remaining minutes to secure a first-leg lead, which was priceless at that point. 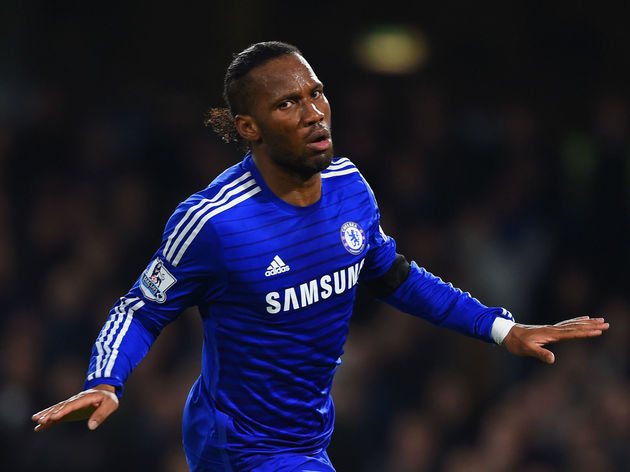 “The best team does not always win” was Fernando Torres’ statement in the lead up to the second leg. It proved to be a prescient one. He would have been laughed at if the scoreline was to be seen just before half-time. Barcelona, who had had their La Liga title hopes were smashed by Jose Mourinho’s Real Madrid three days earlier. They were raring to have a go at Chelsea and knock them out of the competition. They started brightly with the supporters urging them on. This helped them probe the Chelsea defence which was finally breached by Sergio Busquets. They conceded on the 35th-minute mark as Barcelona took the lead. This levelled the score on aggregate.

To make matters worse, John Terry was sent off in that fixture. This was after kneeing Alexis Sanchez in the back. Further, a few moments later Andres Iniesta made it 2-0 on the night for Barcelona. Leading 2-1 on aggregate and with a man advantage, there appeared to be only one winner. A sudden burst and a chip from Ramires just before the half time whistle silenced the Camp Nou. The mood had changed completely.

How Chelsea Completed The Special Comeback?

Chelsea was not only back in the tie after scoring a goal, but they were also poised to progress to the final if the score remained like this based on away goals. Barcelona was down but not yet out as they had another 45 minutes to break down a 10-man Chelsea team and hope rekindled when they were awarded a penalty just three minutes into the second half. Up stepped Messi and astonishingly banged his shot against the crossbar.

The Nou Camp was stunned and Chelsea still hung on. Barcelona attacked the Chelsea defence with everything they had but was not able to find an opening. Leo Messi’s shot in the dying moments of the game hit the post. The Argentine’s attempt rebounded to a Chelsea defender. The job from there was simple and the player cleared the ball upfield with every ounce of strength he had left. Luckily, for the west Londoners, the ball fell into the path of Fernando Torres. He was the only Chelsea player, who had stayed upfield and was clear of any Barca defenders.

The Perfect Story For Chelsea Fans?

The Chelsea faithful rose together in anticipation as Torres made an unmarked run towards the Barcelona goal. His pace helped him remain completely unchallenged. Faced with a club legend in Victor Valdez, he calmly sidestepped the Barcelona goalkeeper. Then, with the coolest of composure, he slid the ball home with virtually the last kick of the game.

Chelsea fans were beside themselves with glee. They had surely completed an amazing comeback against the mighty Cules. That too, with just ten men on the pitch and beat them 3-2 on aggregate. Without a doubt the footballing world was stunned. They knocked out Barcelona as they made their way to the final of the UEFA Champions League.

The west London giants eventually went on to win the Champions League. This was after a nail-biting match against Bayern Munich. However, in many ways, this match against Barcelona was the real stepping stone on their road to European glory. Being not even considered close to the Barcelona team, Chelsea proved all doubters wrong by putting on a brave performance. People may laugh at Parking the Bus strategy but it was no mean feat and a very effective way to stop Barcelona’s rampaging tiki-taka.

This match gave Chelsea (the London-based club), the confidence to go on against Bayern.  That was even when they were 1-0 down in the dying moments of the game. As a special feeling, Fernando Torres’ words could be heard now reverberating through enemy territory. It was the thought echoing around the Camp Nou at that point. It only managed to prove once again that the strong need not be feared but should be overcome. Even underdogs who surpass their limits and play an efficient game can emerge victoriously and takedown empires created by the elites.