ISL Report: Chennaiyin FC have sealed their qualification berth in the playoffs with a narrow win against Mumbai City FC. With this win, Chennaiyin FC have climbed up to the fourth place in the League table. They have collected 28 points in 17 matches so far. On the other hand, Mumbai City FC have finished their season with 26 points in 18 matches.

The match has been regarded as the virtual quarter-final of this season’s Indian Super League. A win for Mumbai City FC would have sealed their top-four berth. However, they have not been able to achieve that feat in this season. The manager of Mumbai City FC, Jorge Costa has fielded his side with a 4-2-3-1 formation. Amrinder Singh has been at the Goal for Mumbai City FC in this match. 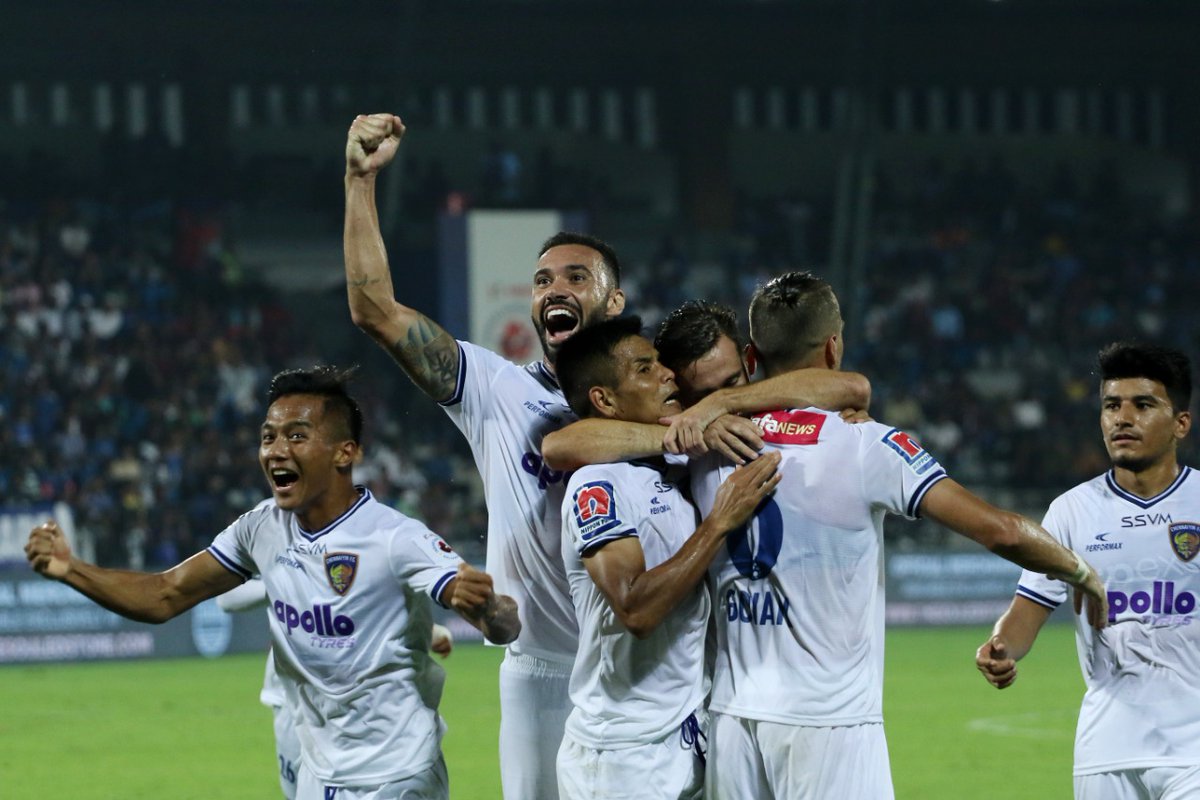 Both the sides have been cautious from the beginning of the match. They have been trying to keep the clean sheet until the half time. The first half has ended with a scoreline of 0-0 after the end of the first half.

The ball possession has been more in favour of Chennaiyin FC. They have been desperate for the win. Sourav Das has been shown a red card for the reckless foul in the second half. Mumbai City had nine shots on target. On the other hand, Chennaiyin FC had seven shots on target. Lucian Goian scored the all-important goal at the 83rd minute of the match. He had been there in the penalty box in an unmarked position. After conceding the goal, it has been really difficult for Mumbai City FC to make a comeback in the match.

The substitutions have also not worked for Mumbai City FC. After going down to ten men, they have been in the back-foot throughout most parts of the second half. Chennaiyin FC have been the fourth side to qualify for the playoffs. Mumbai City FC have been there at the fourth position for a long time in this season. However, they have failed to cross the last lap. The match ended with a scoreline of 1-0 in favour of Chennaiyin FC.